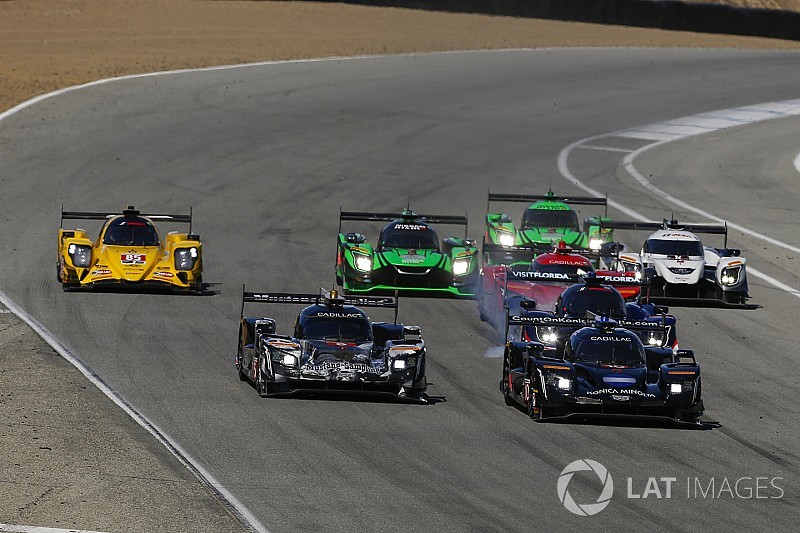 Motorsport.com begins its annual countdown of the biggest stories in racing with a look back at the start of a brave new era for the IMSA WeatherTech SportsCar Championship - the successful DPi formula.

Equivalency formulas aren’t supposed to work in motorsport, because the more open the rules, the greater the chance of someone stealing a march and rendering the opposition also-rans.

And while that was initially the case for IMSA in 2017, the governing body had an ace (or was it a joker?) up its sleeve – Balance of Performance.

For 2017, the IMSA Prototype class would consist of a choice of four LMP2 chassis – an Onroak-built Ligier, Oreca, Dallara and Riley.

Teams could elect to keep these in standard spec, and powered by the sturdy normally aspirated Gibson 4.2l V8. Or, to entice automakers, they could run to the new DPi (Daytona Prototype International) spec, whereby any of these chassis could be clothed in unique body panels and powered by one of said automaker’s engines.

Cadillac, Mazda and Nissan jumped at the chance to market their road cars using these prototypes. They created distinctive bodywork that reflected the current design language of their marque, and into the engine bays went units considered key to the streetcar brand.

And so, as IMSA had banked on, suddenly its top rung possessed the sort of variety that makes sportscar fans happy, and keeps the manufacturers interested.

Cadillac ran a 6.2l V8 in a Dallara, Nissan mated its 3.8l twin-turbo V6 with an Onroak chassis, and Mazda’s 2.0l turbo inline four-cylinder engine went into its RT24-P, which was based on a Riley chassis.

Of the other full-time teams – all powered by Gibson – PR1/Mathiasen Motorsports ran a Ligier, DragonSpeed and JDC-Miller Motorsports ran Orecas, while Visit Florida Racing started with a Riley but switched to Ligier, three races from season’s end.

By then, two other major pieces of IMSA’s grand plan had fallen into place for 2018. Acura confirmed as accurate the year-long rumors that it will partner with Team Penske next year, running two Oreca-based chassis clothed in ‘Acura’ bodywork and powered by the 3.5l twin-turbo V6 from the latest NSX sportscar.

The other part was that Mazda, having pulled the RT24-P from the final three rounds of this season’s championship, will return in 2018 as Mazda Team Joest. Yup, the mighty Joest Racing team, rather than SpeedSource, will be teasing the maximum from the sexiest Prototype on the grid.

But all that was still to come. First we needed to see just how good the racing was in IMSA’s bold new era of DPi/LMP2 combined. And that soon became a matter of controversy, at least among the fans.

No matter what the rule makers threw at the Cadillac DPi-V.R to slow it down – mandatory wing angles, smaller air resrictors, reduction in fuel tank capacity – they kept winning. The first five races went to Wayne Taylor’s team, the next two to Action Express.

But gradually, BoP ensured all three of the Cadillacs had their advantage whittled down to negligible, so that Nissan’s DPi won two of the last three races, sandwiching a victory for Visit Florida Racing’s pretty Ligier. Caddy remained the daddy in the points table though, WTR heading the AXR machines in the top three.

So is the principle of Balance of Performance fair? Eminently debatable. But it exists, it ain’t going away, and IMSA did succeed in leveling the field.

When Penske entered a car in the season finale, Petit Le Mans, as preparation for next year, it was run under LMP2 regs – standard Oreca with standard Gibson V8 - supplemented by a way-above-standard driver lineup of Juan Pablo Montoya, Helio Castroneves and Simon Pagenaud.

Castroneves took pole and, had it not been for Montoya’s slapping a GTD car late in the race, the team might have clinched victory. So that weekend proved IMSA had eventually got its sums right, and that the best LMP2 car could indeed match a DPi - which had been the plan all along.

A few days before Petit, Motorsport.com asked IMSA president Scott Atherton how the series planned to prevent manufacturer entries pushing aside the so-called privateers running a Gibson-powered Oreca or Ligier.

“Because the best-performing LMP2 has been, is, and will continue to be the benchmark by which all other Prototypes are measured,” he replied.

“A manufacturer can spend whatever it wishes on its DPi car, but if it moves the car out of the box that has been defined, [Balance of Performance] adjustments will be made to bring it back in line.

"The on-track product has never been better because I believe [technical chiefs] Simon Hodgson and Geoff Carter, despite their thankless task, have our BoP absolutely nailed.”

Hard to argue with that.