The No. 38 Prototype will feature the movie, Rio 2, opening in theaters April 11th.

Kicking off his 2014 season, Trans Am Champion, Tomy Drissi will bring his driving talents to Performance Tech Motorsports driving the No. 38 Prototype Challenge car. Drissi will make his debut with the team at the inaugural IMSA TUDOR Championship 52nd Rolex 24 at Daytona, January 23-26, at Daytona International Speedway, Daytona Beach, Florida. The No. 38 Prototype will feature the movie, Rio 2, opening in theaters April 11th.

“I’m really looking forward to running with Performance Tech,” noted Tomy, “and participating in the 2014 Tequila Patrón North American Endurance Cup. These guys run a great program, and I’m thrilled to be in the car.” 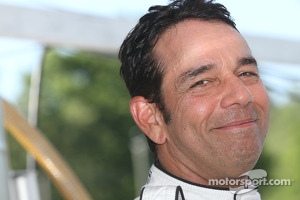 “I’m starting off at Daytona running in the Rolex 24, filling in for Charlie Shears,” continued Tomy. “Charlie’s on the mend and getting ready for Sebring. So, for me, this is a perfect way to kick off the year… I can’t wait. I’ll continue with the team as the third driver in the Tequila Patrón North American Endurance Cup. I owe a big thanks to Charlie and the team for putting this all together.”

“The idea of incorporating four epic endurance races into the Tequila Patrón North American Endurance Cup…. especially on such legendary road courses, is nothing short of brilliant,” added Tomy. "It’s exactly what the sport needs and will really showcase sports cars and sports car endurance racing. Ed Brown and his group have really gone the extra mile in making this happen. Patrón putting their name and stamp on this championship within a championship lends an incredible amount of credibility and prestige to the title…. this has been a long time coming. Personally, I want to thank Ed and Patrón for stepping up. It means a lot.”

Tequila Patrón is the entitlement partner of the four-race North American Endurance Cup and Official Spirits Partner of IMSA and the TUDOR United SportsCar Championship. In addition, Tequila Patrón will continue its primary sponsorship of the two-car Extreme Speed Motorsports team in the Prototype (P) class, as well as its title sponsorship of the TUDOR Championship event on the streets of Long Beach, Calif., on April 11.

The twice around the clock endurance Rolex 24 at Daytona is held on the 3.56 mile road course of Daytona International Speedway and will feature cars competing in four different classes; Prototype (18), GT Le Mans (11), Prototype Challenge (9) and GT Daytona (23). The race starts Saturday at 2:10PM and will end 2:10PM Sunday. Television coverage begins on FOX at 2PM EST, January 25.