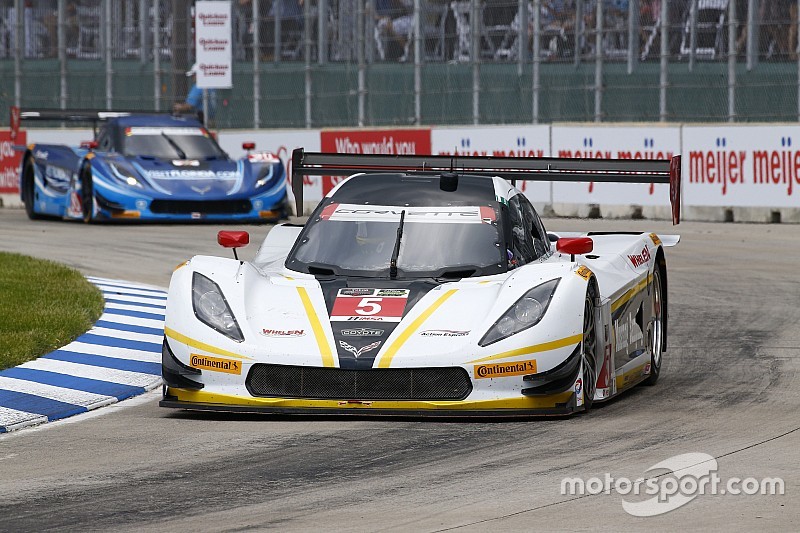 How close is the championship points battle in the TUDOR United SportsCar Championship’s Prototype division?

Too close to call, that’s for sure. In the five races so far this season, there have been five different winners. And heading to one of the longest races of the year – the Sahlen’s Six Hours of The Glen on Sunday – any Prototype team aiming for the first repeat victory of the 2015 season is going to have to earn it.

Tied for first in Prototype drivers points are teammates Joao Barbosa and Christian Fittipaldi, defending series champions who drive the No. 5 Action Express Chevrolet Corvette DP. Also tied for first are Michael Valiante and Richard Westbrook, who share the No. 90 VisitFlorida.com Racing Corvette DP. All four drivers have 156 points each, and both teams have one win – the Mobil 1 Twelve Hours of Sebring for the Action Express team, and Mazda Raceway Laguna Seca for VisitFlorida.com Racing.

Both teams are typically strong at longer races, and the Sahlen’s Six Hours is one of the four endurance races that make up the Tequila Patrón North American Endurance Cup, a separate championship that pays a separate purse.

In Prototype Challenge, Colin Braun and Jon Bennett have a little breathing room with a five-point lead over Mike Guasch and Tom Kimber-Smith. Even so, the No. 54 CORE autosport team of Braun and Bennett haven’t won a race this season, while the No. 52 PR1/Mathiasen team of Guasch and Kimber-Smith won Daytona and Sebring.

The GT Le Mans class is a close one, as Corvette Racing drivers Jan Magnussen and Antonio Garcia hold the lead with 128 points each, bolstered by Daytona and Sebring wins in their No. 3 Corvette C7.R. But those two drivers are coming off a disastrous 24 Hours of Le Mans, when a malfunctioning throttle sent Magnussen hard into the wall during pre-race practice. The car could not be repaired, and still hasn’t been – the team has imported a Corvette from European team Larbre Competition for this race.

Just two points back of Magnussen and Garcia are Dirk Werner and Bill Auberlen, drivers of the fast-improving Team RLL BMW Z4 GTE. The Bobby Rahal-led team won at Long Beach, giving both drivers 126 points each.

And in GT Daytona, Christopher Haase and Dion Von Moltke each have 118 points, though the No. 48 Paul Miller Racing Audi R8 LMS team has yet to score a win. James Davison and Christina Nielsen each have 113 points, but their No. 007 TRG-AMR Aston Martin V12 Vantage also is winless, as is the third-place pair of drivers in the points, the No. 22 Alex Job Racing Porsche 911 GT America of Cooper MacNeil and Leh Keen. Points are important, but those teams want to make it to the top step of the podium.