The MSR Ligier JS P2, the quickest car in the Rolex 24 at Daytona! 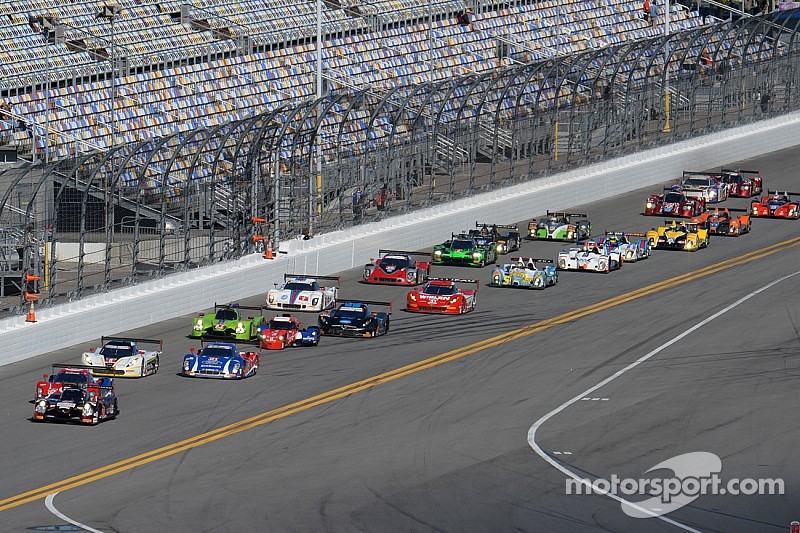 The MSR Ligier JS P2 was the quickest car at Daytona, with the fastest time in practice, qualifying and the race!

The Ligier JS P2 made a big impact on its first outing in the legendary Daytona 24 Hours by its performance and its speed! Krohn Racing and Michael Shank Racing, the first two American teams to run the Ligier JS P2s, confirmed the potential of the Onroak Automotive chassis this weekend even if racing incidents meant that the final results didn’t quite live up to expectations.

The no. 60 Ligier JS P2 entered by Michael Shank Racing powered by the Honda engine set the quickest time in each of the four free practice sessions followed by pole position in qualifying, and then clinched the fastest lap in the race itself in 1m 39.576sec on lap 598.

Krohn Racing and Michael Shank Racing, two new teams who have put their trust in us, posted excellent performances...

The no. 60 MSR Ligier JS P2-Honda started from pole and matched the pace of the leaders holding on to its place in the top 5 during the first 11 hours of the race. Unfortunately, after a restart in the coolness of the night the no. 60 Ligier JS P2-Honda went off and hit a tyre wall.

This incident forced the car to pit, which cost the team five laps, the time it took to carry out repairs to the front end of the Ligier JS P2. Then a few hours later as the team was looking to pull back laps it had to come in again for 36 minutes after the a-arm on the left-hand front suspension bent most probably due to damage in the earlier impact.

Despite these incidents and the car’s sixth place in the prototype category, the event confirmed the enormous potential of Michael Shank Racing and their new Ligier JS P2-Honda.

After very encouraging free practice sessions and sixth place in qualifying followed by a searing pace in the race the Krohn Racing Ligier JS P2-Judd had to retire after 172 laps. This premature end to its race was due to engine failure and the team will find out the reasons before coming back even stronger at Sebring.

Jacques Nicolet, Onroak Automotive President: “Even if the final result in the race is a bit frustrating this weekend at Daytona was extremely positive. Krohn Racing and Michael Shank Racing, two new teams who have put their trust in us, posted excellent performances with the fastest laps in each session and a very strong pace in the race itself. It’s very encouraging for the rest of the season, and the work carried out by IMSA on the BoP has borne fruit. We’re delighted with the positive feedback from the teams and the satisfaction expressed by the drivers concerning our car. We’re going to continue backing them and working together: we hope to be on the podium at Sebring!”

VisitFlorida.com Racing finishes fourth in the Rolex 24 At Daytona