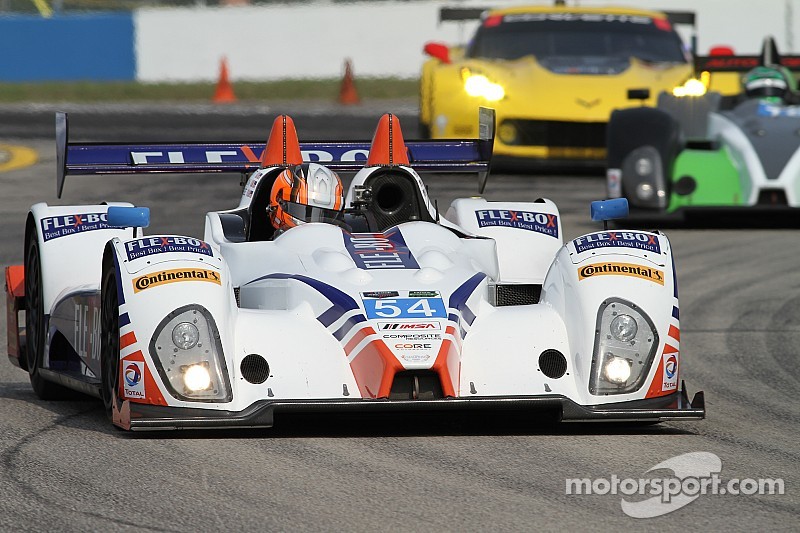 Sebring, Fla - CORE autosport will start at the sharp end of the Prototype Challenge grid in its pursuit of a second-straight Sebring victory at the legendary Mobil 1 Twelve Hours of Sebring fueled by Fresh from Florida.

Obviously, we’d love to be on the pole, but it’s a long race and not all that important.

New to 2015, IMSA regulations require the qualifying driver to start the car for the race. Braun will return to the driver’s seat for the green flag on Saturday. He shares driving duties with Jon Bennett and James Gué, the same winning driver line up as last year.

Live scoring and in-car cameras are available throughout the race at IMSA.com.

Colin Braun - Driver: No. 54 ORECA FLM09: “We had a good qualifying effort. Obviously, we’d love to be on the pole, but it’s a long race and not all that important. I think I mismanaged my tires a little bit. I was hopeful that the Continental tires would hang on a little longer than they did, so I put a pretty good lap in the books. Then I tried to go for a really good lap but the tires were gone by that point, and I wasn’t able to go as quick as I was hoping. All in all it was a good effort. These guys did a really good job coming back after Daytona. We’ve been strong all week, and we’ve got a good package for the race. We have our typical formula for being fast and being in contention when it matters at the end, so that’s the most important thing.

“Tomorrow we just got to make good decisions in traffic and stay out of the mess. It’s a long race with lots of crazy guys out there, so we've got to stay out of trouble.”

From burning to the ground to the top of the podium, the last Vipers of TUDOR can still bite