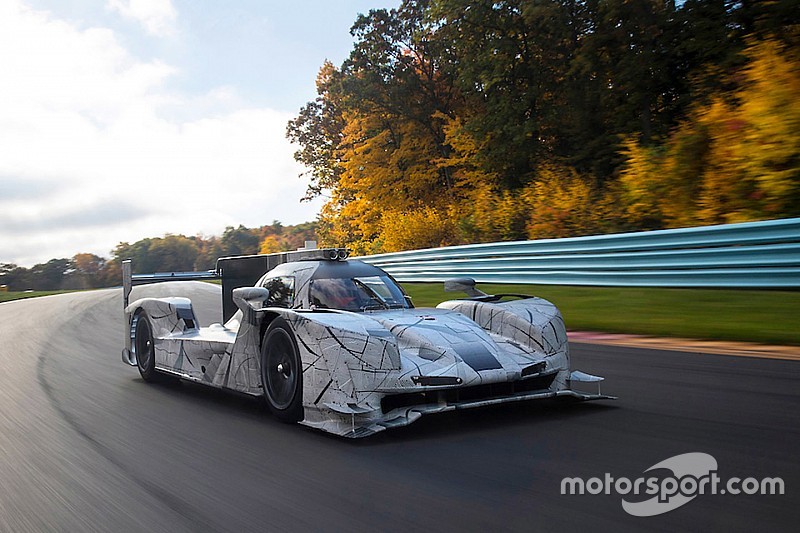 Ricky and Jordan Taylor say that testing has shown Cadillac’s new DPi-V.R to be strong, and they’re similarly impressed by the pace of Jeff Gordon, their teammate for the Rolex 24 Hours at Daytona.

According to Ricky Taylor, the Cadillac DPi-V.R, which is built to IMSA’s new DPi regulations for the top class in the WeatherTech SportsCar Championship, has been performing well for his father’s team, Wayne Taylor Racing, from the get-go.

“Right out of the box, the car ran very smoothly,” said Taylor. “After five days of testing, we’re quite confident.

“This is the first time I’ve properly been involved with the development of a completely new car. With the Daytona Prototypes, it was always just about refining a known platform.”

Elder brother Jordan Taylor added: “I think that’s been the most interesting part, learning from the ground up. As drivers, there are all-new tools available to us. Learning about all the new things we can work with to improve the car has been very interesting.”

Jordan Taylor added that the season-long presence of Dallara, constructor of the Cadillac’s chassis, will be a huge boost to Wayne Taylor Racing (and Action Express Racing’s two-car team) throughout the season.

“Having Dallara with us for the year will be great,” he said, “because the past few years, we knew exactly what we had going into the race, never went behind pit wall and always finished on the lead lap. Going into this year, there’s definitely a fear of the unknown.”

Alongside the Taylor brothers and WTR’s traditional third man, Max Angelelli for the 55th Rolex 24 will be four-time NASCAR champion Jeff Gordon. His last experience on Daytona’s road course was in this race in 2007, again racing for WTR, when he finished third sharing his car with team owner Wayne Taylor, Jan Magnussen and Angelelli.

Said Ricky Taylor: “In 2007, it was a new experience for [Gordon], but the DPs back then were basically a stiff version of a NASCAR Cup car. Now things are completely different.

“It’ll be a bit of a learning curve, but from his first day in the car, he was very good. He came right up to speed and showed a lot of confidence. When he gets behind the wheel, you easily see why he’s so successful.”

Jordan Taylor admitted that he wasn’t quite used to being teammates with a megastar.

“When I met him at our seat fitting, it was just like meeting any normal person,” he commented. “He was extremely down to earth, asking questions and trying to learn about the racecar.

“Coming from someone like Jeff Gordon, who’s a household name around the world, it was surreal.”