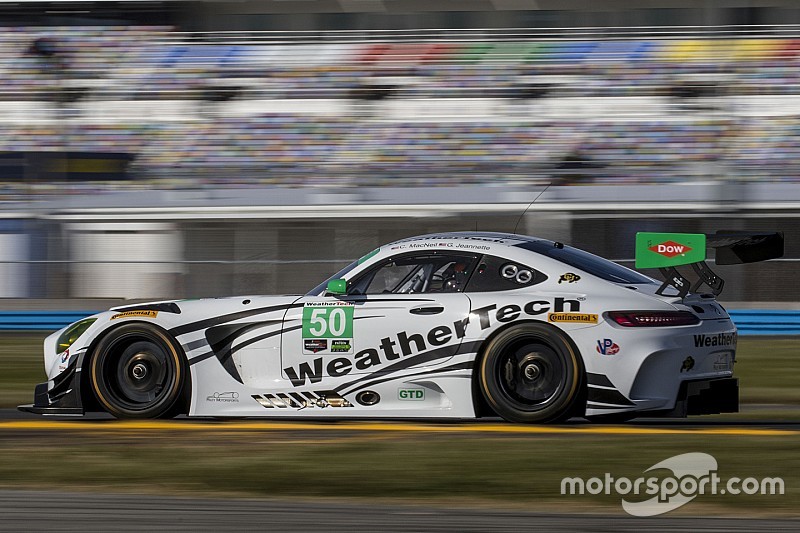 For the 2016 Virgin Australia Supercars champion van Gisbergen, the 55th Rolex 24 Hours will mark his fourth straight start at this event.

During the IMSA WeatherTech SportsCar Championship test at Daytona for the past two days, he admitted the team’s switch from a Porsche 911 to the Riley Motorsports-run Mercedes-AMG GT3 had given him a different experience to the McLaren 650S in which he won this year’s Blancpain GT Endurance Cup, as well as the Bathurst 12 Hours.

“The WeatherTech Racing Mercedes is fun to drive,” he said. “I am getting more and more used to it here at Daytona. These two days were all about getting comfortable with the car and the team.

“It is a little different from what I am used to with the McLaren that has the engine in the middle. This Mercedes is more like my V8 Supercar, so the transition is a little easier.”

Jager, for whom January’s IMSA season-opener will be his race debut at Daytona, is coordinator for the AMG Customer Sports program and was therefore a key player in Mercedes-AMG’s entering North American racing in 2017.

“I’m in the AMG Customers Sports department since the very beginning in 2010,” he said, “and was deeply involved in the development of the Mercedes-AMG GT3 as a test driver. So I’ll share all my experience and knowledge to make the program successful in the U.S.

“It’s a very professional team with nice people. I feel really comfortable. Also, the driver lineup is great, all team players with the same target.”