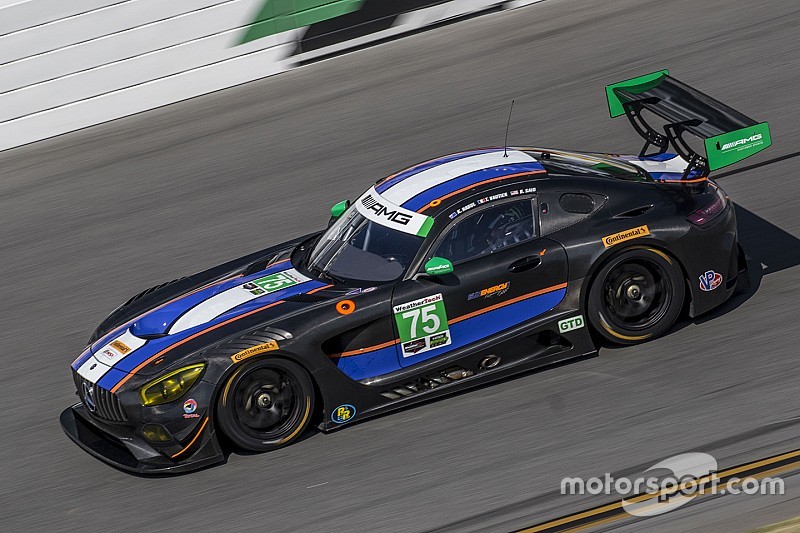 The Mercedes-AMG GT3 of SunEnergy1 Racing has completed its two-day test at Daytona International Speedway, and the team is confident the car will be a strong contender from the outset.

Alongside the Riley Motorsports-run pair of Mercedes, SunEnergy1 Racing will compete in the GT Daytona class of the IMSA WeatherTech SportsCar Championship in 2017.

Motorsport.com sources suggest Tristan Vautier will be the full-time pro in the driver lineup, with Kenny Habul and Boris Said splitting driving duties alongside. A fourth driver from AMG’s factory lineup is likely to join this trio for the Rolex 24 Hours at Daytona.

Said commented: “IMSA is the greatest road racing series in America right now. In the way the field is shaping up with all these entries from Honda, Lexus and Lamborghini, Porsche and Mercedes and Ferrari and BMW, it’s going to be an awesome, awesome year.

“This is our first roll-out, our first real test and the car was really fast and reliable, knock on wood. So far, it’s a perfect start to the season.”

Team engineer Marius Avemarg concurred with this assessment, stating: “We were very happy. Obviously, it’s a new car to us, new team –  everything new – but we’re very happy with how it went.