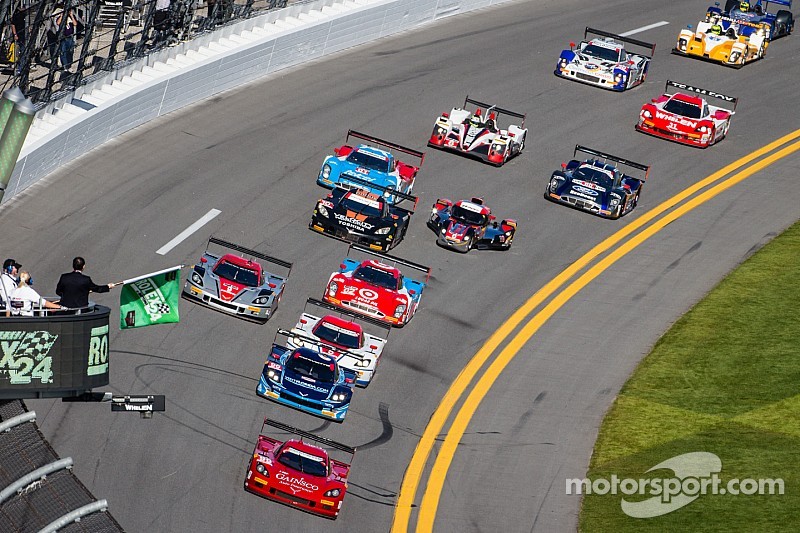 Teams in the TUDOR United SportsCar Championship will look to get the 2015 season off to a strong start in the Rolex 24 At Daytona and Mobil 1 Twelve Hours of Sebring Fueled by Fresh From Florida, to maximize points in the season-long Tequila Patrón North American Endurance Cup.

Only the No. 912 Porsche North America Porsche 911 RSR entry trailed after two rounds in GT Le Mans (GTLM), making up the deficit in the Sahlen’s Six Hours of The Glen and the season-ending Petit Le Mans powered by Mazda at Road Atlanta.

The opening two rounds are critical in the $300,000 Patrón Endurance Cup because they award points at four segments in the Rolex 24 on Jan. 24-25 and at three segments at Sebring on March 21. Points at Daytona are awarded at six-hour intervals, with five points for the leader, four for second, three for third and two for all other positions. At Sebring, points are scored at four-hour intervals.

“You try to build your strategy around being in the lead when you approach the specific hour marks where the points are awarded, and it becomes a big part of calling each race,” said Action Express Racing Team Manager Gary Nelson. “Of course, you are there to win each event, but you’re constantly aware of how decisions made to win a particular event can have a major effect on your Patrón Endurance Cup and TUDOR Championship goals.

“If you can build a points lead for your team in the Patrón Endurance Cup standings coming out of Daytona and Sebring, you can breathe a little easier, but you can never relax because a nice lead can go away just as quickly. In 2014 we led the championship for the entire season, but we did not lock it up until very late in the final event of the season at Road Atlanta. Winning the Patrón Endurance Cup can make a nice bonus if you happen not to win the TUDOR Championship, but if you can get both you know you’ve had a great year, as Action Express Racing proved in 2014.”

Last year CORE autosport scored a near-perfect 19 points (out of a possible 20) in the Rolex 24 and scored 12 points at Sebring, while AIM Autosport also scored 19 points at Daytona and 11 at Sebring to forge a 12-point advantage with two races remaining.

“Winning the Patrón Endurance Cup shows that we not only are able to finish up front for the last little bit of each race, but we were consistent front-runners every time they handed out points at those events,” said Colin Braun, who joined Jon Bennett and James Gue in capturing PC honors. “When we looked at the Patrón Endurance Cup prior to last season, half of the season is there in the first two races. We had a strong enough driver line-up where we never found ourselves behind the eight ball, and that allowed us to score a lot of points at Daytona and Sebring. Winning the Patrón Endurance Cup was important to our efforts, and we worked hard to achieve that goal.”

The next official activity for the TUDOR Championship will be the Roar Before the Rolex 24 testing at Daytona International Speedway on Jan. 9-11, 2015. Opening practice and qualifying for the Rolex 24 will be on Thursday, Jan 22.