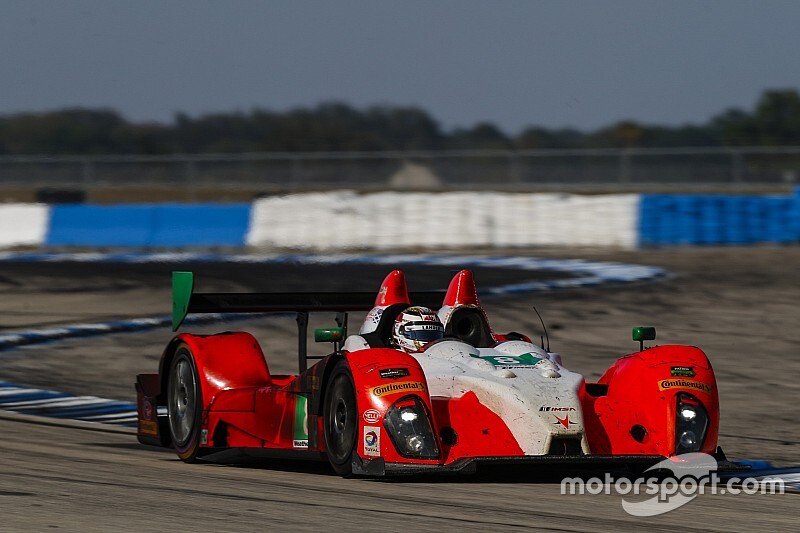 Starworks Motorsport has committed to a four-race program in the IMSA WeatherTech SportsCar Championship's LMP2 class, returning to the prototype ranks.

The Florida-based operation returned to IMSA this year in the GT Daytona class after a hiatus in 2018, campaigning an Audi R8 LMS Evo in six races for Ryan Dalziel and Parker Chase.

Prior to that, it was a regular fixture of the now-defunct Prototype Challenge class, with its last outing in the category coming at Sebring in 2017 (pictured top).

Now Starworks has confirmed it will participate in at least the four Michelin Endurance Cup races at Daytona, Sebring, Watkins Glen and Road Atlanta for 2020 with a brand-new Oreca 07 under the 'Tower Motorsport by Starworks' banner.

Dalziel has been retained and will partner bronze-rated John Farano and David Heinemeier Hansson for all four races, while WEC ace Nicolas Lapierre will serve as the team's fourth driver in the season-opening Rolex 24 at Daytona next month.

“I can’t thank John Farano enough for the call,” said team owner Peter Baron. “His call came the day after IMSA released the 2020 rules requiring a bronze-rated driver as part of a line-up.

"John shared my vision of no excuses and doing whatever it takes to win, and after a few more follow-up calls and emails, we had a program.

"Starting off the project with a new Oreca 07 was an easy decision. We’ve put together an amazing group of Starworks alumni who are excited to return back to prototype racing.

"This should be one of our best seasons in motorsport and I believe we are a very strong contender to win the Rolex watches at Daytona in two months.”

Dalziel was part of Starworks' Le Mans 24 Hours class-winning crew in 2012, and also drove for the team in the Rolex Sports Car Series from 2010-13.

His new partner Farano moves back to North American racing after a three-year spell in the European Le Mans Series with the RLR MSport team that yielded the 2018 LMP3 title.

“Without John this might not have happened, so I am incredibly grateful for his faith in Peter and I," commented Dalziel. "The decision to go back to prototype racing has brought a fresh energy to this team.

"With previous Prototype efforts, we’ve won several championships, as well as the 24 Hours of Le Mans and Twelve Hours of Sebring. We know we have what it takes to run a championship winning effort.

"I’ve known John for many years when we both raced in the Grand Am days, and DHH [Heinemeier Hansson] and I were teammates together in WEC. Adding Nico, another previous teammate into our Daytona roster is really the icing on the cake.”

Starworks also said it was hoping to expand its schedule to encompass the remaining three races on the LMP2 calendar at Mid-Ohio, Road America and Laguna Seca.