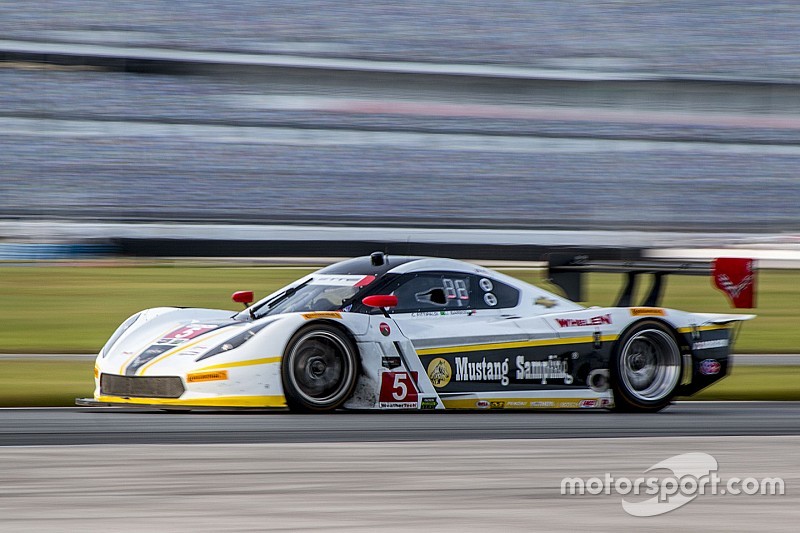 Daytona Beach, Fla. – The 2016 IMSA WeatherTech SportsCar Championship makes its debut this weekend at Daytona International Speedway with a 54-car field entered for the three-day Roar Before The Rolex 24 At Daytona test this Friday through Sunday, Jan. 8-10.

The test sessions – which are open to the public – will feature the debut of many new WeatherTech Championship race cars, particularly in the series’ two GT classes. The GT Daytona (GTD) class features the most entries, with 22, followed by 13 Prototypes, 11 GT Le Mans (GTLM) entries and eight Prototype Challenge (PC) cars.

“We are extremely proud of this entry list for the Roar Before The Rolex 24, which foreshadows the entries for the Rolex 24 At Daytona later this month,” said IMSA CEO Ed Bennett. “These entries represent a great balance of quality and quantity across all four of our classes and will make for fantastic racing when we kick off the IMSA WeatherTech SportsCar Championship on Jan. 30-31. We are pleased to welcome so many world class drivers, teams and manufacturer brands back to Daytona.”

Included among the Prototype class entries are two-time defending WeatherTech Championship Prototype champions Action Express Racing and No. 5 Action Express Corvette DP co-drivers Joao Barbosa and Christian Fittipaldi. Barbosa and Fittipaldi will be joined by five-time overall Rolex 24 At Daytona winner Scott Pruett – who is going for an unprecedented sixth Rolex 24 win this year – and Filipe Albuquerque, who claimed a Rolex 24 GT class victory in 2013.

Defending Rolex 24 At Daytona champions Ford Chip Ganassi Racing also will return with a pair of entries in the Prototype class, including the No. 02 Ford EcoBoost/Riley DP to be shared by defending race winners Scott Dixon, Tony Kanaan, Jamie McMurray and Kyle Larson

However, the two Prototypes represent only half of a highly anticipated four-car entry from Ford Chip Ganassi Racing, as the team also will publicly debut its two Ford GT race cars in the GTLM class. Joining the Ford GT among new race cars in the class will be a pair BMW M6 GTLM race cars from BMW Team RLL and two new Ferrari 488s – one from Scuderia Corsa and the other from SMP Racing – while a third Ferrari 488 from Risi Competizione is expected for the 54th Rolex 24 At Daytona on Jan. 30-31.

The new Ford, BMW and Ferrari machines all will be turbocharged and will face stiff competition in GTLM from two venerable manufacturer-supported teams in Corvette Racing and Porsche North America. Corvette Racing returns with a pair of Chevrolet Corvette C7.Rs which combined to win three crown jewels of endurance sports car racing in 2015, the Rolex 24 At Daytona, Mobil 1 Twelve Hours of Sebring Fueled by Fresh From Florida and the 24 Hours of Le Mans.

Porsche North America, meanwhile, took the 2015 WeatherTech Championship GTLM team and manufacturer titles, and Patrick Pilet, who is entered in the No. 911 Porsche 911 RSR, won the 2015 GTLM driver championship. Pilet will share the No. 911 with Nick Tandy and Kevin Estre.

In addition to featuring the most entries, the GTD class also will showcase the most new cars following a shift to full FIA GT3 technical regulations in 2016 for its seven manufacturers. Six of those manufacturers – Aston Martin, Audi, BMW, Ferrari, Porsche and Dodge – competed in the class last year, although all will introduce new or updated models for GTD competition this year.

Lamborghini joins the WeatherTech Championship with four entries at the Roar Before The Rolex 24, including one for defending GTD driver champions Townsend Bell and Bill Sweedler, who will share the No. 11 O’Gara Motorsport Lamborghini Huracán after racing Ferraris for the past several years.

In the PC class, eight Chevrolet V8-powered ORECA FLM09s are expected for both the Roar and the Rolex 24 At Daytona. Leading the way will be two-time defending WeatherTech Championship PC champions Jon Bennett and Colin Braun with the No. 54 CORE autosport team and the No. 52 PR1/Mathiasen Motorsports team that won the PC class at Daytona, Sebring and Petit Le Mans in 2015.

Three days of testing for the WeatherTech Championship get underway Friday morning at 10:15 a.m. ET with the first of eight scheduled sessions through Sunday afternoon. In addition to the WeatherTech Championship, the Roar Before The Rolex 24 test also will include three days of testing for the IMSA Continental Tire SportsCar Challenge, which opens its season on Friday, Jan. 29 with the BMW Performance 200.