Spirit of Daytona Racing to return in Detroit 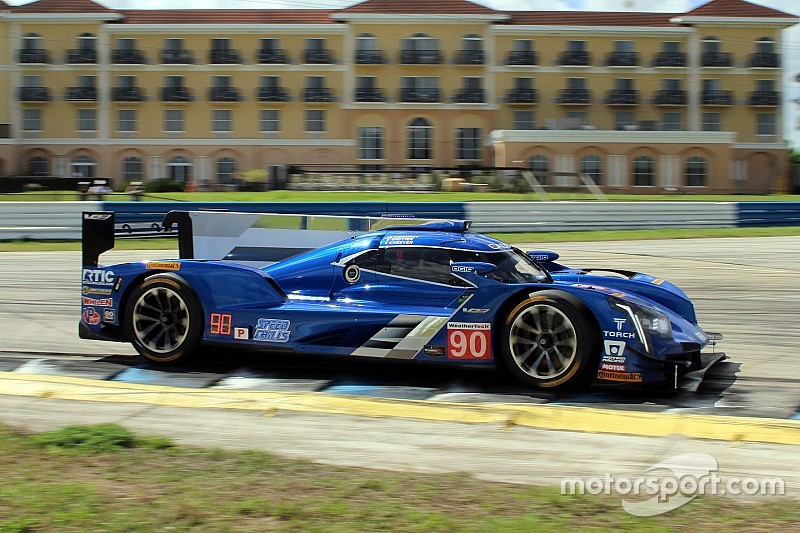 The Spirit of Daytona Racing team, which skipped IMSA’s Long Beach and Mid-Ohio rounds following a hard shunt at Sebring, has confirmed it will rejoin the series for next week’s Chevrolet Detroit Grand Prix.

Following what’s been described by team owner Troy Flis as an “pretty incredible” test at Watkins Glen, Tristan Vautier and Matt McMurry will return to the seat of #90 Cadillac at the Belle Isle track for the fifth round of the IMSA WeatherTech SportsCar Championship.

“It was tough to step back and miss our first IMSA races in a long time, and as racers we hated to do it,” said team owner Troy Flis. “But after looking at the situation, it was absolutely the best decision we could have made.

“We’ve been kind of on the back foot ever since moving to the new Prototype configuration in 2017, working with different platforms and manufacturers and sometimes things coming together just at the last minute. So we were often just reacting to what was coming at us instead of being able to plan and look further down the road.”

After running a Riley chassis for the first seven races of the 2017 season, Spirit of Daytona – then called VisitFlorida Racing – switched to a Ligier for the final three races. For 2018, along with the switch back to its original team name, the squad has also acquired a Cadillac DPi-V.R, which dominated Prototypes last year. Spirit of Daytona not only led the Rolex 24 at Daytona, Vautier then took pole at Sebring.

“With this Cadillac, we are in a much better position," said Flis. "Our test at the Glen was pretty incredible – it wasn’t that we went out and set a track record or anything like that. But it was one of the most productive tests that we’ve ever had. We unloaded, had a very solid car right from the start and then were able to work through every single thing our list. That never happens!

“It was pretty encouraging for all my guys and now we’ve got all that data to work with so hopefully we can have the pace to get ourselves back in the winner circle there,” said Flis.

“We’ve all turned the page from Sebring and I’m really pumped about what we’ve been able to accomplish in the last couple of months as a group, and now it is time to get back out there and race.”