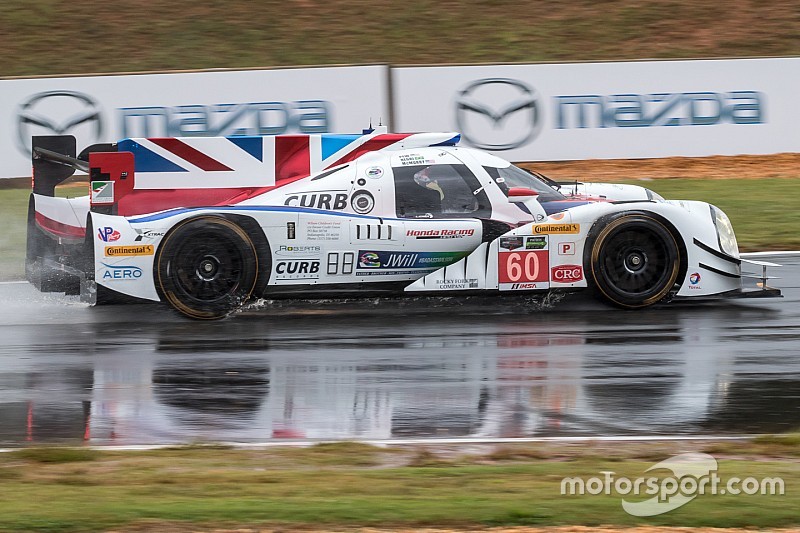 John Pew was able to walk away from the accident, but the same can not be said for his machine. Pew lost control in very wet conditions, crashing in Turn 12. It was a sour end to what started out as a promising day when the MSR entry led the opening round of practice.

The damage is significant to the front, left-front and rear of the car, putting the team's participation in the season finale in serious doubt. Pew is joined this weekend by usual co-driver Ozz Negri and Matt McMurry is also on hand for the 10-hour endurance race at Road Atlanta.

The team tweeted the following update a couple hours after the accident:

The compromised tub will be further evaluated there, but making the wounded car race-ready will take time - something they are running out of.

The race will begin Saturday, 11:10am local time.