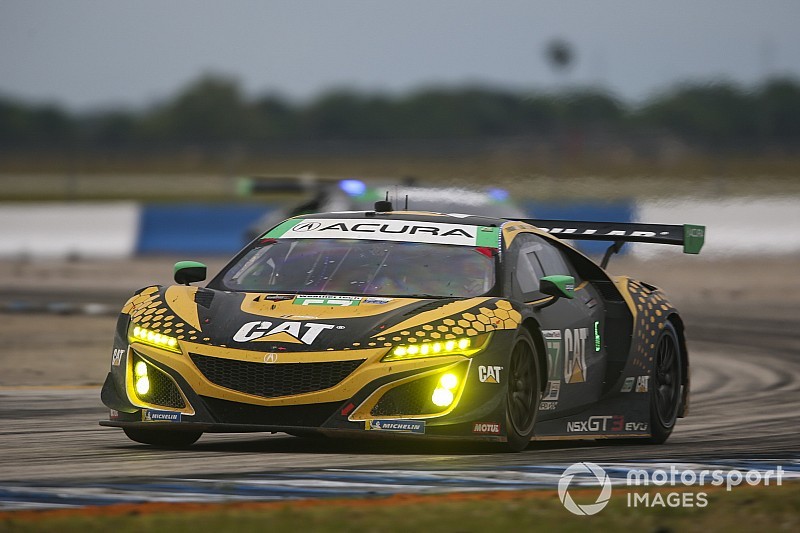 Meyer Shank Racing team co-owner Mike Shank has lamented the bad luck that both of his entries suffered in last weekend's Sebring 12 Hours, the second round of the IMSA WeatherTech SportsCar Championship.

Both of MSR's Acura NSX GT3 Evos were in contention for GT Daytona class honors for much of the race, with Trent Hindman winning pole in the #86 car and Katherine Legge qualifying third in the #57.

An ill-timed caution towards the end of hour 10 effectively dropped Legge and her teammates Christina Nielsen and Ana Beatriz out of the top three, and another full-course yellow in the final 20 minutes did not allow Legge to advance from eighth place.

The #86 car meanwhile had its hopes dented by a drive-through penalty for running over pit equipment, with Hindman, Mario Farnbacher and Justin Marks ultimately finishing seventh.

"Sebring is just one of those races that we can’t seem to catch a break," commented Shank.

"Our car was dialed in and we were hooked up for a strong run. Katherine, Christina and Bia all drove great stints that kept us in contention.

"I have to hand it to Katherine who drove just amazing at the end. We threw her in for a third stint and she drove hard until the very end."

On the #86 car's race, he added: "Starting on the pole positioned Trent, Mario and Justin well for the race. They stayed up at the top of the field for the majority of the race but unfortunately were hit with that penalty at the end which brought us back down.

"We had all of the tools to have a great finish, but it just wasn’t there for us today.”

Legge, Nielsen and Beatriz enjoyed a largely clean run in the #57 on their way to eighth, with Legge even leading the class for 15 laps in the Heinricher Racing-backed machine.

Beatriz recalled: "Katherine was super-fast at night, but we were hoping some of the other cars would need to pit again, and the restart didn’t help.

"But we showed that we are super strong, and we could have done something really nice here so let’s keep pushing.”

Marks admitted the #86's late drive-through penalty in the closing stages ruined any chance the team had of a strong result.

“This race is so hard to win; everything has to go your way perfectly," he said. "I made some mistakes and we had an unfortunate pit situation late in the race and had to serve a penalty and that killed our race at the end. You can’t have those things happen if you’re going to win.

"The team did a great job and the car was fast all weekend and that bodes well for the rest of the season. But today just wasn’t our day.” 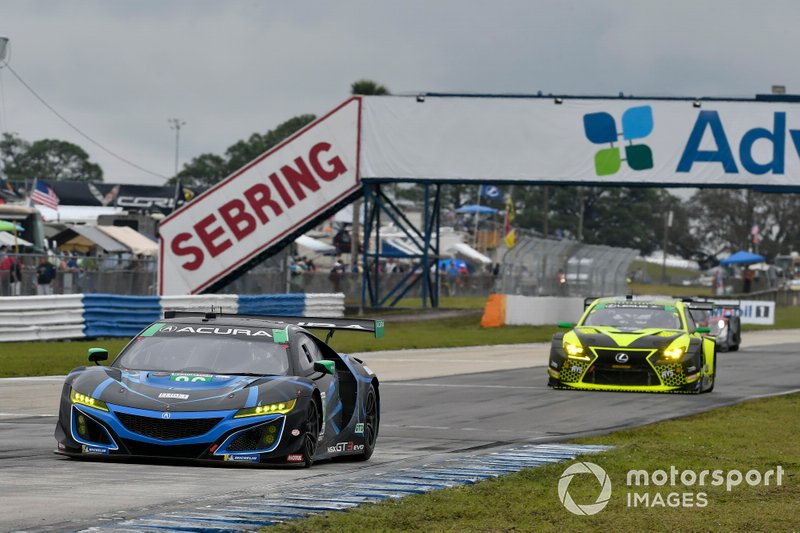