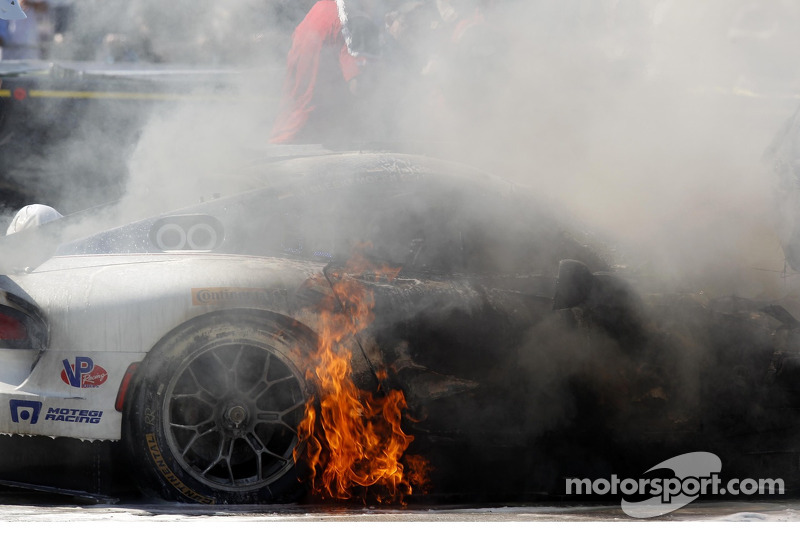 Action after an hour in Sebring.

The 62nd 12 Hours of Sebring was under caution for about an hour due to a fire that engulfed the No. 33 SRT Viper. Ben Keating was in the Viper at the time. He stopped on track and exited the car a few seconds later, as flames consumed the car - nearly burning it to the ground. Keating was not injured. Track safety workers removed the car from the track and repaired the damage the fire did to the track.

The Delta Wing of Andy Meyrick leads the race, followed by the Prototype Challenge cars of Bruno Junqueira and Alex Tagliani. Scott Sharp is fourth and Joao Barbosa rounds out the top-five overall.

Kuno Wittmer leads the GT Le Mans class in the SRT Viper and Kiba Giermaziak’s Porsche is first in the GT Daytona class.

Most of the front runners have made pitstops under the yellow, including the No. 3 Corvette. The team replaced all of the front bodywork on that car to eliminate a tire rub and fix front-end damage. The team was not sure how the car had been damaged.

Track officials have announced that today’s crowd is the largest in track history.

Here is video of the VIPER FIRE

Lots of action, more to come in Sebring