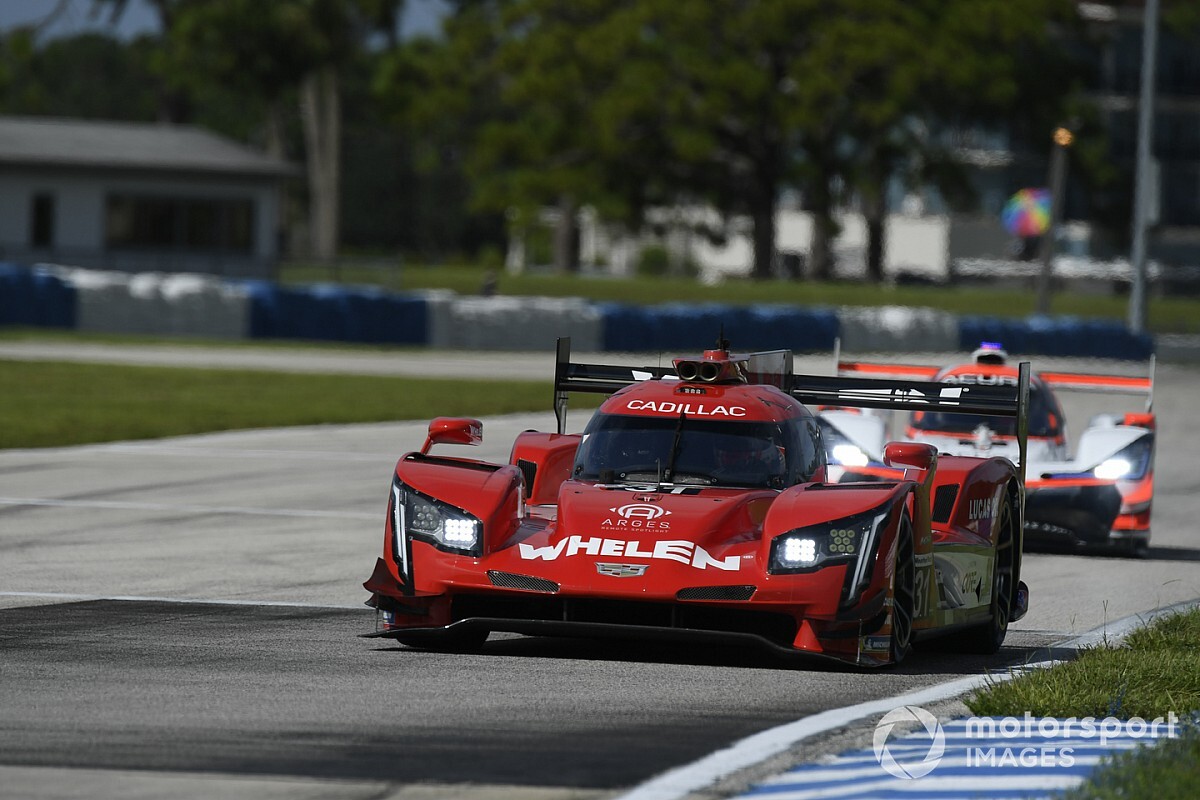 Pipo Derani and Sebastien Bourdais kept the Cadillac brand ahead of its rivals in second practice, as teams prepare to qualify for the third round of the the IMSA WeatherTech SportsCar Championship season, the Cadillac Grand Prix of Sebring.

More interesting still was a 0.4sec margin over Helio Castroneves’ Acura Team Penske ARX-05 which was a further 0.3sec clear of the sister car of Juan Pablo Montoya.

Even the fastest Mazda, the car that dominated the second half of the Daytona round two weeks ago, was over a second off the pace in this second practice session at Sebring, and the two RT24-Ps were separated by the sole Wayne Taylor Racing entry and the second JDC-Miller car.

Gustavo Menezes in the DragonSpeed Oreca led LMP2, half a second up on Ryan Dalziel’s best for Tower Motorsport by Starworks, while PR1/Mathiasen Motorsports’ late addition Spencer Pigot was third.

Oliver Gavin running them close to grab third in the #4 Corvette C8.R, ahead of Jordan Taylor in the sister car, with the BMW M8s in fifth and sixth.

Qualifying for the Cadillac Grand Prix begins at 1.55pm local (Eastern) time, with the race start set for 5.35pm.