Schedule changes: what does it mean?

What does schedules changes to the 24 Hours of Daytona and its test mean for teams and drivers?

TUDOR United SportsCar Series driver Dion von Molkte says he is happy with the changes made to the schedule for the serie’s January Daytona visits.

The schedule moves the Roar before the 24 up a week bringing it from the first weekend in January to the second. While the change seems to be rather minor, Von Moltke says it will give teams a bit more time to prepare after the holidays. 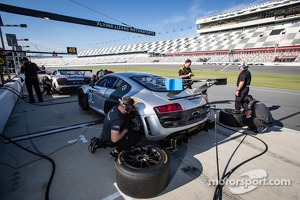 “Overall I'm happy that they have decided to move the roar back one week. It won't affect us drivers much, but it will allow a little more time for the teams to prepare for the test and hopefully allow our hard working crew guys more time at home with their family,” said Von Moltke. “The Christmas holidays are a very busy time for them, and quite often they don't get any holidays at all. I've seen numerous … guys working on Christmas day and New Years just trying to get cars ready.”

But with that said, at the other end of the spectrum, the new schedule also doesn’t allow teams much time to prepare for the race weekend after the test.

“Teams will have less time after the test to go through the cars and improve them for the race, but I believe the teams will take that for the extra week they have to prepare before hand,” said the Flying Lizard Motorsports driver.