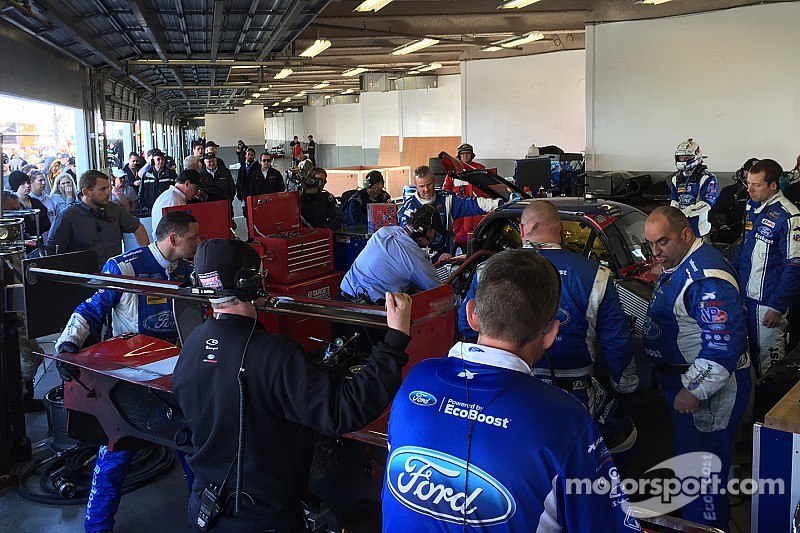 Chip Ganassi Racing is left with one bullet in the gun now.

Going into the final hours of this grueling 24 hour endurance race, two Ganassi prototypes were in the running, but clutch gremlins have put the No. 01 deep in the running.

Sage Karam reported that the clutch was slipping a few laps prior to taking the car down pit road without warning. The team scrambled with the unexpected pit stop and in the chaos, they allowed too many men over the wall, forcing race officials to hand them a stop-and-go penalty.

The car fell three laps down, and Joey Hand tried to nurse the car home, but the broken clutch proved too much. He drove the car back to the garage, losing time that they will never get back with just 90 minutes remaining in this race.

The team is still thrashing though because this is no longer about the Rolex 24. This is their No. 01 car ... The one they have entered in the 2015 TUDOR United SportsCar Championship with Scott Pruett and Joey Hand.

Hand has been in and out of the garage, with the issue not yet resolved and over 20 laps lost to the leaders.

The sister car is left to fight the Wayne Taylor entry and Scott Dixon is close enough to make a charge.