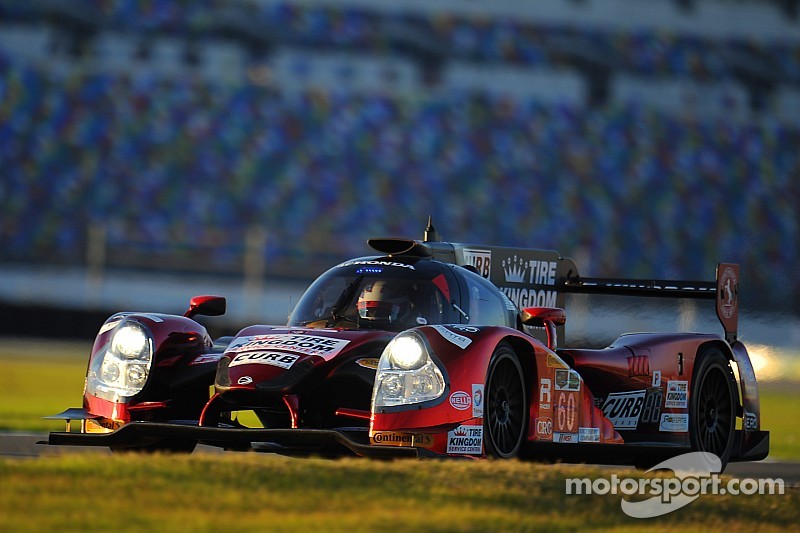 Here's a recap of all four classes from today's qualifying session at Daytona.

Daytona Beach, Fla. -  Oswaldo Negri Jr. pushed the Michael Shank Racing’s new Ligier JS P2 Honda HPD to the pole position for the 53rd Rolex24 at Daytona.  The Floridian made the right moves when it counted, as he cruised around the 3.56-mile road course in a time of 1:39.194 seconds or a speed of 129.201miles per hour to earn the coveted first starting spot in America’s longest endurance race.

For Negri, he earned a Rolex24 pole for second time and his third career Prototype class pole.

Said the fleet Floridian, “It is great to be on pole, as it is never bad when you are on the pole.  We worked pretty hard even though we knew we had a good package.  The combination with Ligier chassis and the Honda engine has been incredible, but we are still learning the car.  Every time you get more out it you want more.

“Everything went well, and I knew the DPs were going to be close.  I can promise you I took everything that car had.  I am really, really happy.  The pole position is good for bragging rights only.  After all, it is a 24-hour race and the real deal is being there on Sunday and getting the checkered flag.”

Sharing the driving duties in the brightly colored with Negri are NASCAR ace A. J. Allmendinger and sports-car veterans John Pew and Matt McMurry.

Johnny Mowlem survived a five-car battle to earn the pole position in the Prototype Challenge class with a rapid time of 1:42.318.  His run wasn’t easy as he had to out-drive Colin Braun, Tom Kimber-Smith, Renger van der Zande and Martin Plowman to do so.

The Brit drove the BAR1 Motorsports ORECA FLM09, a car he shares with Tom Papadopoulos, Tomy Drissi and Brian Alder.

Said Mowlen, “It is nice to start any race on the pole.  Going into the session, the Continental tires got better with each succeeding lap, and on the last lap, I reverted to my 21-year old mentality and through caution to the wind and got away with it."

Driving an immaculately-prepared Chevrolet Corvette C7.R, Oliver Gavin took the pole spot in the GT LeMans class with a time of 1:43.488 or 123.840 mph, to become the 12th different pole winner in the short history of the GTLM class.  He also earned the second Rolex 24 pole for Corvette.

“This is a very competitive class, but our Corvette was strong today even though we didn’t think we had the pace for the pole.  We just had a perfect qualifying session and everything just fell in place.Gavin credited teammate Jan Magnussen for giving him an all-important tow when it counted.

Second in class came the Ferrari 458 Italia of Gianmaria Bruni with the Aston Martin Vantage V8 of Pedro Lamy third.

Davison takes 007 to the top

In a last lap aggressive run, James Davison put Kevin Buckler’s Aston Martin V12 Vantage on the pole in GT Daytona action, doing so in a time of 1:47.272 or 119.472 mph.  He co-drives the car with Christina Nielsen, Christoffer Nygard and Brandon Davis.

Said Davison, “I am blown away that we ended up on pole.  My expectations were low, and we had adversity when we waited in pits and the course went red, so I had just one lap to pull it off.  We were a bit lucky today.”

For Davison, he notched his fifth TUDOR class pole, five in row going back to 2014.