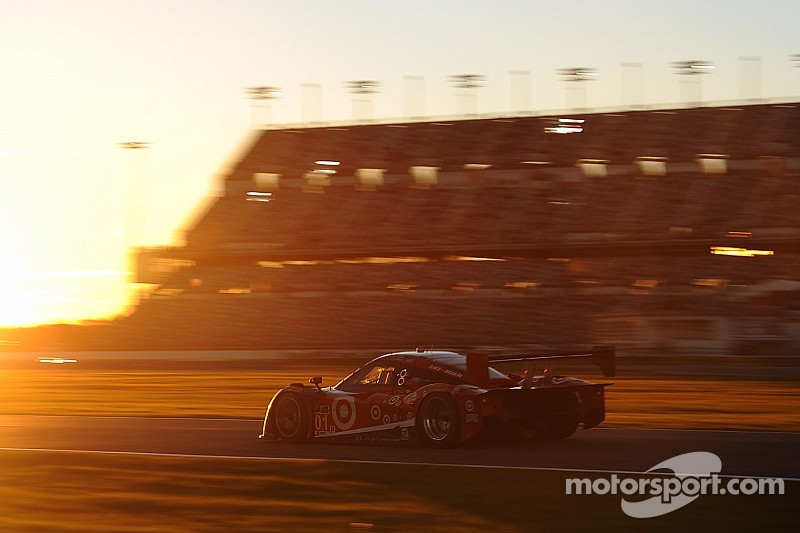 The last few hours have been fairly tame at Daytona.

Daytona Beach, Fla - Since last updating you, there has only been a single full-course caution, that being for the stranded No. 73 GTD Viper SRT. There was another incident with the No. 85 PC entry, which mady contact with a tire barrier, but the car was able to escape under its own power.

The biggest news of note is the ESM squad losing their final remaining car to gearbox issues.  Over 500 laps have been completed thus far and 13 cars are no longer taking part in the event, including seven prototypes.