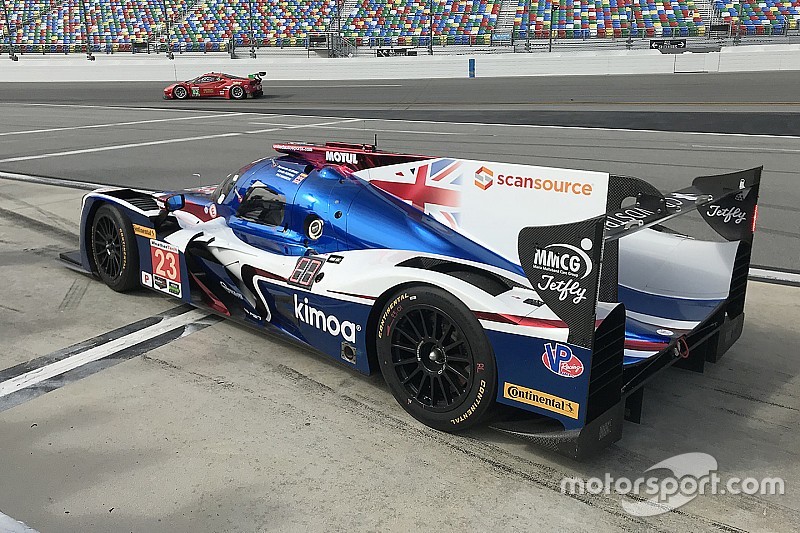 Fernando Alonso made his debut at Daytona International Speedway in the opening session of a pre-24 Hours 'Roar' test which was dominated by Cadillac DPi machinery.

Alonso, who already had experience of the United Autosports team’s Ligier JS P217 after testing at the Aragon circuit in Spain in November, completed a five-lap run at the end of the 75-minute session after teammates Phil Hanson and Lando Norris ran before him.

In just three flying laps, Alonso worked down to a 1m39.604s compared to Norris’s earlier mark of 1m38.170s, which had put the #23 United Ligier sixth fastest overall.

Tristan Vautier, in the Spirit of Daytona entry, and Felipe de Oliveira, in the second Action Express car, completed a top-four lockout for Cadillac.

Colin Braun was the fastest non-Cadillac in fifth, 0.775s off the pace, in the CORE autosport Oreca.

Juan Pablo Montoya was the best of the Penske Acuras in ninth place, 1.525s off the pace, with Ricky Taylor 14th in the sister car ahead of Paul di Resta’s #32 United Ligier.

The Ganassi Ford team set the pace in GTLM, with Richard Westbrook fastest on a 1m44.095s relegating teammate Dirk Muller to second place.

Alessandro Pier Guidi was third in the Risi Competizione Ferrari 488 GTE ahead of Laurens Vanthoor’s Porsche.

Rolf Ineichen was fastest in GTD in the Grasser Racing-run Lamborghini Huracan with a lap of 1m47.104s.

Pruett to retire after Rolex 24