Tincknell Mazda fastest as Roar Before the Rolex 24 begins 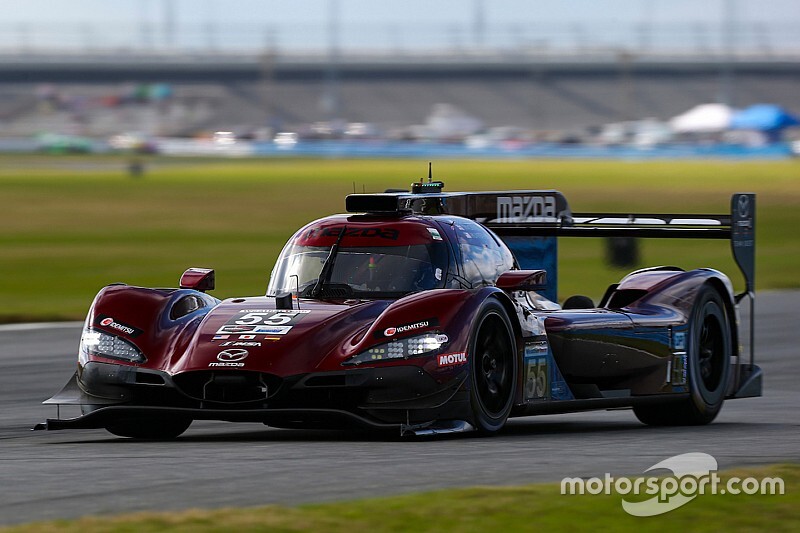 Harry Tincknell set the pace for Mazda in the opening session of the Roar Before the Rolex 24 test, the precursor to the opening round of the IMSA WeatherTech Sports Car Championship, the Rolex 24 at Daytona.

The Dutchman was just ahead of the first of the Acuras, the #6 car of Juan Pablo Montoya, who in turn was only just clear of the #31 Action Express Racing Cadillac of Felipe Nasr.

The session ended early when Matheus Leist pulled off the track at Turn 6 in his JDC-Miller Cadillac. That was fifth quickest overall, with a 1m37.005s set earlier by Tristan Vautier.

In LMP2, Ben Hanley was fastest in the #81 DragonSpeed Oreca, and well clear of the class opposition led by Simon Trummer in the #52 PR1/Mathiasen Oreca.

Porsche and BMW look set to battle out the GTLM honours at Daytona, as Nick Tandy lapped the #911 RSR-19 in 1m44.271s, outpacing BMW’s IndyCar star Colton Herta by half a second.

Earl Bamber was third in the #912 Porsche, a tenth behind Herta and just 0.029s ahead of the second BMW M8 GTE of Jesse Krohn.

The new Chevrolet Corvette C8.Rs finished the session in fifth and seventh respectively, sandwiched by the Risi-run Ferrari 488 GTE.

In GTD, Jack Hawksworth led the way in the #14 Lexus RC F GT3, although all eyes were on his teammate – reigning NASCAR Cup champion Kyle Busch.

Hawksworth topped the times on 1m47.031s, while Busch worked down to a respectable 1m48.544s during his opening five-lap stint.

There were two other brief stoppages during the session, due to Andy Lally going off track in Magnus Racing’s #44 Lamborghini Huracan GT3 Evo and then Steijn Schothorst pulled off in the #11 Grasser-run Lambo, which had set the second-fastest time in GTD in former Toyota F1 tester Frank Perera’s hands.

PR1/Mathiasen down to single Rolex 24 entry