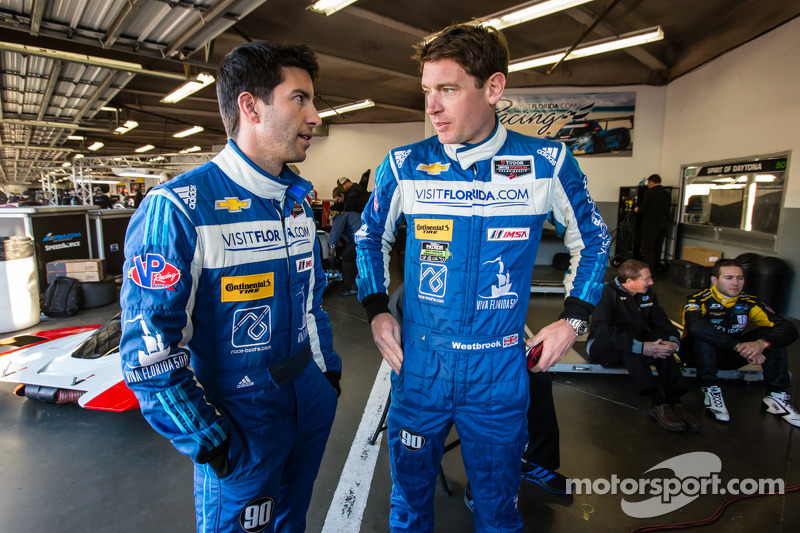 Westbrook on top after one hour of practice in Daytona.

The session was run under sunny skies with chilly 43-degree temperatures. 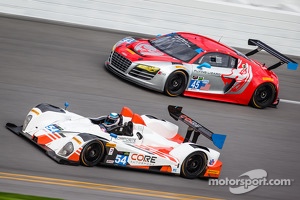 Oliver Jarvis led GTD, running 1:47.892 in the No. 46 Fall-Line Motorsports Audi R8 LMS. All but one of the 67 cars entered in the Rolex 24 participated in the session, with the No. 555 Level 5 Motorsports Ferrari 458 Italia failing to turn a lap.

The one-hour session was red-flagged twice. Alex Riberas was unhurt in an incident in Turn 5 in the No. 23 Team Seattle/Alex Job Racing Porsche 911 GT America. The other stoppage came when James Davison came to a stop in speedway Turn 4 in the No. 007 TRG-AMR Aston Martin Vantage.

There will also be a 90-minute night practice session beginning at 6:30 p.m. - See more at: http://www.imsa.com/articles/westbrook-leads-opening-rolex-24-practice#sthash.UNJ42gqJ.dpuf