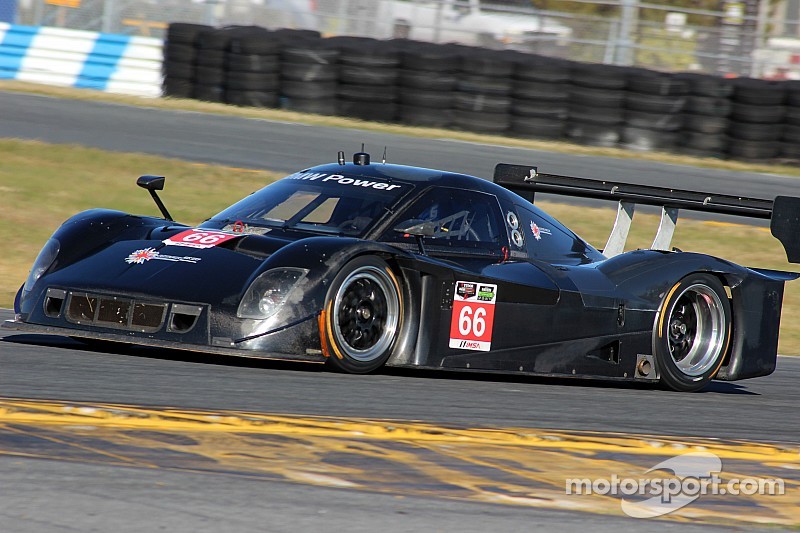 With each passing day, the dream of RG Racing moves one step closer to reality as Robert Gewirtz prepares his team for its Rolex 24 At Daytona debut on January 24, 2015.

Having pursued motorsport in a variety of categories through the years, the move up to IMSA TUDOR United SportsCar Championship competition is a significant one for the Columbus-based racer. But it is one that the accomplished neurosurgeon isn’t taking lightly as Gewirtz prepares to compete in the biggest endurance race in North America.

“This is a dream of mine, and I know that it is a big project to debut in such a huge event against all the big teams,” said Gewirtz. “But the 24 is an amazing event and I am completely dedicated to realizing this long-held dream. This is an incredible opportunity for me as a car owner and also as a driver. I’ve been working for months to put all the pieces in place so it’s extremely exciting to be getting closer and closer to the race itself.”

Utilizing a Dinan-BMW- powered Riley Daytona Prototype, RG Racing will contest the Rolex 24 At Daytona in the top Prototype Class, as some of the biggest names in the sport assemble at the “World Center of Speed” to kick off the 2015 season with the twice-around-the-clock classic.

Gewirtz and Kvamme both got their first taste of the Rolex 24 last year, competing in the GTD class. One year on, the duo have joined forces and look forward to making their IMSA Daytona Prototype debut.

Looking to get in as much practice and preparation time as possible, the team will head south to Daytona International Speedway for this weekend’s “Roar Before the 24,” the traditional kick-off to the IMSA season with three days of testing on the 3.56-mile road course. The team will arrive with some fresh memories of the track, having tested at the facility last month for two days.

While the 24 hour enduro will be the first for RG Racing, the team will likely lean on the experience that pro pilot Shane Lewis will bring to the effort, as the Florida-based former bull rider has some 39 24 hour races under his belt.

“Our test last month was pretty productive in terms of getting a good baseline for the car,” said Lewis, who has experience racing all three generations of Daytona Prototypes. “I was able to spend a lot of time with Mike (Colliver, engineer) and just work through a program working on mechanical grip. He (Colliver) engineered this exact car for Mike Shank so he’s a great resource and we’ll just pick up where we left off and look to keep improving this weekend at the Roar.”

The team anticipates having a four or five-driver line up, and is likely to be interviewing drivers ahead of the weekend to finalize its line up for the 24. That is but one of the items on the to-do list for Gewirtz.

“We are still working to have the driver line up in place and have everything sorted on the budget side,” said Gewirtz. “We’ve had the chance to test some really solid guys and I’d like to have everything in place as soon as we can. There seem to be a million things to do—they are small things like making sure our transporter has the right decals, but there are a lot of them!” he says with a laugh. “This crew is really familiar with the Daytona Prototypes and the preparation has been excellent.”