BMW IMSA boss Bobby Rahal has defended his driver Connor De Phillippi for an attempted pass on the leading Corvette in the Sebring 12 Hours that resulted in contact – and a GTLM class win for Porsche.

Following a restart, De Phillippi’s Rahal Letterman Lanigan-run BMW M8 homed in on the tail of the #3 Corvette of Antonio Garcia. Down toward Turn 7 with fewer than 10mins on the clock, De Phillippi spied a gap down the inside, but appeared to arrive in it slightly too late.

Garcia turned in and the pair made heavy contact which spun the Corvette which sustained suspension damage and a flat tire. It limped to the pits and retired, classified fourth.

The BMW had been able to continue after the incident, albeit with heavy front-end damage, but not before Mathieu Jaminet in the WeatherTech Racing Porsche 911 RSR-19 had driven around the outside. De Phillippi was also given a drive-through penalty, but salvaged second, as the other M8 had already gone a lap down after a pitlane fire during its final stop.

Said Rahal: “The guys did a great job. It was unfortunate for the #24 and we still don’t know what exactly happened at the pit stop with the fire but thankfully nobody got hurt and we were able to get going again.

“The final minutes were unlucky. When you have the chance to win the Twelve Hours of Sebring you’ve got to go for it. It didn’t quite work out but you can’t blame anybody; everybody was aggressive at the end.

“It was a shame but we gave our best shot and today it looked pretty good for a while. We got a good gap to the Corvette and the Porsche but then the yellows came out and that made it a whole new race again towards the end.

“We would have liked to win, especially this race, but with P2 and P3 we are now looking forward to the next one at Watkins Glen.”

De Phillippi commented: “I think we can be really proud of our performance today. We knew we had to maximize literally everything in this car and this is exactly what we did. We put ourselves in the position to fight at the end.

“I could taste the win, tried to battle with the leader. I saw an opportunity and went for it but it didn’t work.

“We still came home second and third for BMW. It’s great to be on the podium. It was nice to come back here and show that we have the speed. It’s a good result and good points for BMW and now we will try to get the win at the six-hour race.”

Garcia, who between he, fulltime co-driver Jordan Taylor and third man Nicky Catsburg, had led 211 of the 334 laps achieved by the winning GTLM car, remained restrained in his public comments about being classified only fourth.

“I’m definitely disappointed in the whole situation,” said the reigning GTLM champion. “It was a very hard race for all of us. We managed to be up there, and with two stints to go we were both going flat-out.

“It definitely was between them [the #25 BMW of De Phillippi, Bruno Spengler and Philipp Eng] and us. Up to that point, it was fair. The whole thing was good. He was pushing hard, and I was pushing as hard as I could.

“I think we put on a good show but I’m disappointed with the way it ended. I’m sure we would have been super happy to bring home a real result.

“It’s a tough break, especially after such a long race. I’m disappointed for the guys, for Corvette, for Team Chevy and the fans. We all deserved a little bit better.” 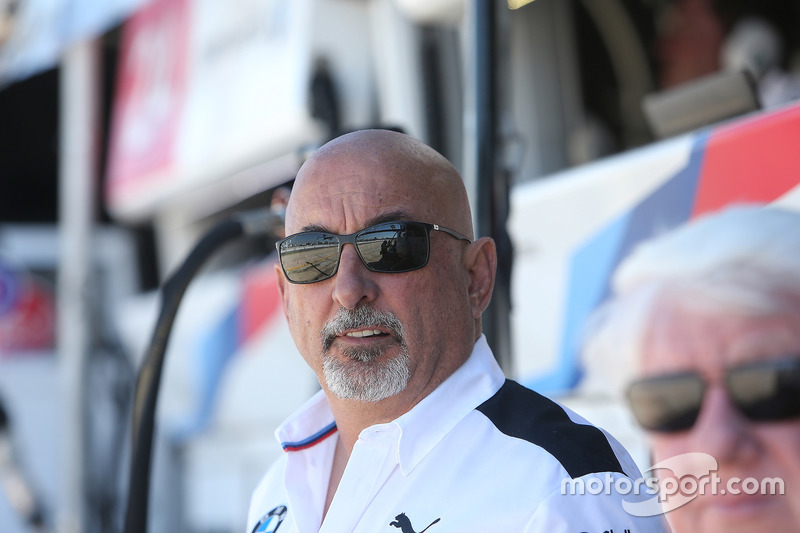 BMW “in the hunt” for Rolex 24 victory, says Rahal