Pruett and Ganassi out of Daytona 24 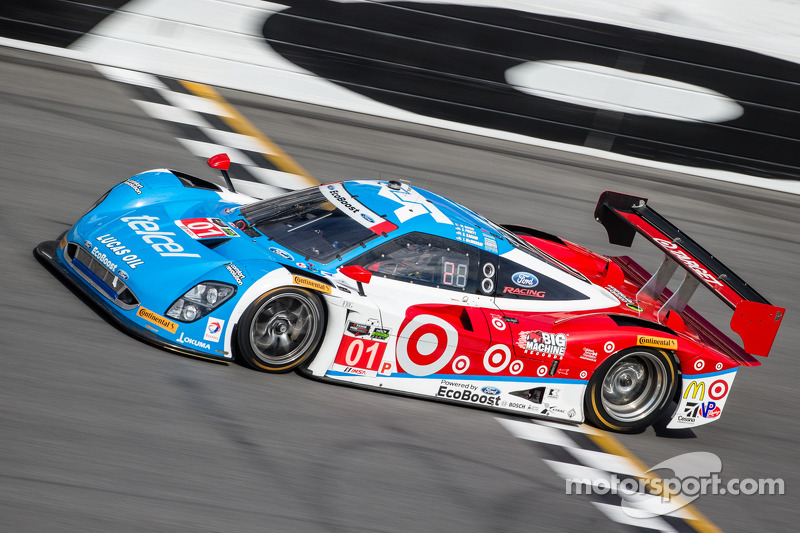 Engine problems have forced the Ganassi Racing team to withdraw the No. 01 Riley Ford EcoBoost DP from the 52nd running of the Rolex 24 at Daytona.

The withdrawal came with less than 90 minutes remaining and means that five-time winner Scott Pruett will not break the record for overall Rolex 24 wins he currently shares with Hurley Haywood. It also means that Pruett and teammate Memo Rojas will go to the next race in Sebring well behind in the prototype class driver points standings.

“Sometimes you have those races that don’t go well from the start,” Pruett said. “Ours didn’t. We aren’t exactly sure what happened. But it was something engine-related and (the team is) looking at that right now. We started picking up a vibration and it was just getting worse and worse and worse and detrimental to our speed.”

Before the engine failure, the car lost 33 laps during the night after Pruett made contact with a GT car in the bus-stop chicane, on the back of the track.

Meanwhile, with less than 45 minutes to go, the No. 02 was pulled behind the wall as the floor was rolling back under the car. The condition was not repairable and so ends the Ganassi team's day.