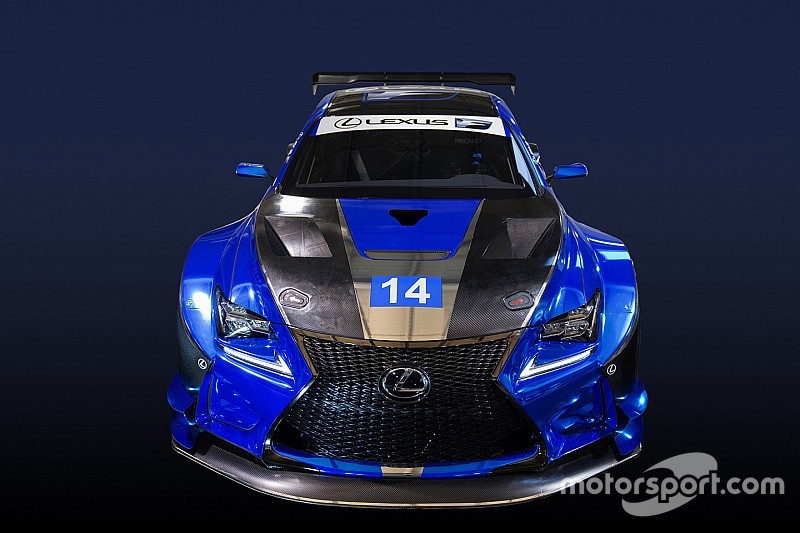 Pruett says he’s looking forward to taking on the challenge of a development program in 2016 as he and Paul Gentilozzi prepare to bring the Lexus RC F GT3 up to speed.

However, despite confessing to a long list of apparently significant improvements necessary to the Lexus, Pruett stated: “If we’re not on the podium next year, I’ll be incredibly disappointed."

Speaking at a Lexus Performance media event in Palm Desert, Calif., Pruett went on: “I’m truly excited about this program. It’s a chance to bring all my years of experience into play.

"And for me, personally, it’s epic. This is the start, ground zero, for [new Lexus sporting brand] F Performance Racing. It’s like being at the very birth of AMG with Mercedes or M for BMW.”

But even two decades ago, he was logging 10,000 miles of testing for Firestone tires, as the brand prepared to return to Indy car competition after a 21-year hiatus.

Now, despite being in the twilight of an illustrious career, Pruett isn’t trying to cruise and collect, nor enjoy the instant hit of walking into a winning team. He said he truly relished the hard work in building a team from the bottom and directing it toward the front of the grid.

“Yeah, I dig that,” he nodded. “People think I’m crazy and yes, it can be frustrating, but that type of work is also rewarding. And it’s not rocket science. You just have to do the work and – you never know – we might even steal a win down the road.”

It has not yet been confirmed in which series the car will race, but few doubt it will be in the newly branded IMSA WeatherTech SportsCar Championship.

Pruett hints that its competition debut could be as soon as May, which would mean an RC F GT3 could be on the IMSA starting grid at Laguna Seca, the WeatherTech championship’s fourth round.

The Lexus had a challenging start to its competition career, with lackluster results this year in the Blancpain Endurance Series and in Asia, and Pruett admits there is plenty of work to do before then.

“We’re looking to reduce weight, lighten the engine and pick up more horsepower,” said Pruett, adding that the suspension and other components are also on the evaluation list. “If we feel competitive, we’ll go race. If we feel we’re not competitive, we’ll wait. It’s a really good position for Lexus to be in.”

Under the FIA driver categorization list released last week, Pruett – who turned 55 this year – takes an age adjustment and drops to Silver for 2016.

That puts him into the “amateur” sector, despite his four Grand-Am Rolex Series titles and five wins in the Rolex 24 at Daytona, but Pruett said he sees this as a positive. “Now that we know what category of driver I’m in, we can find a Gold or Platinum co-driver,“ he said.

Before the F Performance Racing team is on track, Pruett will return to Daytona as a prototype driver in search of a record-breaking sixth overall win in the Rolex 24 in January. He is confirmed in a Corvette Daytona Prototype for Action Express, a team he will also race for in the Sebring 12 Hours.

Riley Motorsports to defend their Rolex 24 at Daytona GTD victory in No. 93 Dodge Viper GT3-R