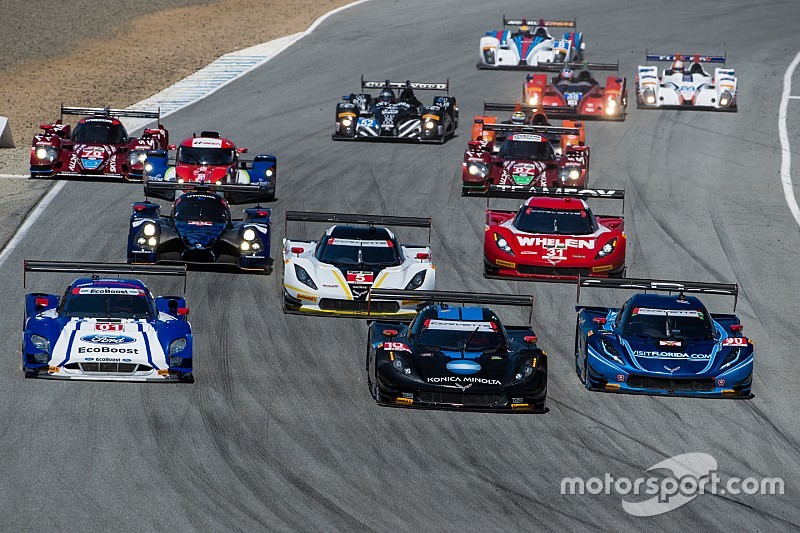 Daytona Beach – The TUDOR United SportsCar Championship takes a streak of five different overall winners in 2015 competition heading to Watkins Glen International for Round 6, Sahlen’s Six Hours of The Glen this Sunday.

The Sahlen’s Six Hours – continuing a tradition dating back to 1968 – also serves as the third round of the Tequila Patrón North American Endurance Cup, joining the classic races at Daytona, Sebring and Road Atlanta.

The competitive Prototype (P) class also has a tie for the lead atop the standings that includes the most recent Watkins Glen winners. Michael Valiante and Richard Westbrook, who won last year’s event in the No. 90 VisitFlorida.com Corvette DP, are tied with 2013 Sahlen’s Six Hours winners Christian Fittipaldi and Joao Barbosa in the No. 5 Mustang Sampling/Cider Tree Corvette DP.

Scott Pruett, a four-time winner of the event for Chip Ganassi with Felix Sabates, is among the drivers yet to win in 2015 competition – although Ganassi’s No. 02 Target Ford EcoBoost/Riley DP won the season-opening Rolex 24 At Daytona in its lone scheduled appearance this season. Pruett will co-drive the team’s No. 01 Ford EcoBoost/Riley DP with Joey Hand.

Other Prototype teams looking for their first victory of 2015 include Ozz Negri and John Pew in the No. 60 Michael Shank Racing Ligier JS P2/Honda; the No. 70 Mazda Motorsports entry for drivers Tristan Nunez, Jonathan Bomarito and Sylvain Tremblay; the No. 07 Mazda Motorsports Castrol/ModSpace Mazda of Tom Long, Joel Miller and Ben Devlin; and Memo Rojas and Katherine Legge in the No. 0 Claro Video/TracFone DeltaWing DWC13.

Colin Braun and Jon Bennett lead the Prototype Challenge (PC) class. The pair – joined by James Gue – won at The Glen en route to capturing both TUDOR Championship and Patrón Endurance Cup titles in 2014. While winless this season, three second-place finishes have given the full-time drivers of the No. 54 CORE autosport Flex-Box ORECA FLM09 a five-point lead in the standings.

Mike Guasch, Tom Kimber-Smith and Andrew Palmer hold a slim one-point lead in the PC class standings of the Patrón Endurance Cup. Co-driving the No. 52 PR1/Mathiasen Motorsports Cuttwood ORECA, the trio is coming off victories at Daytona and Sebring.

Practice for the Sahlen’s Six Hours of The Glen begins at 11 a.m. ET on Friday, with qualifying set for Saturday at 4:05 p.m. ET.