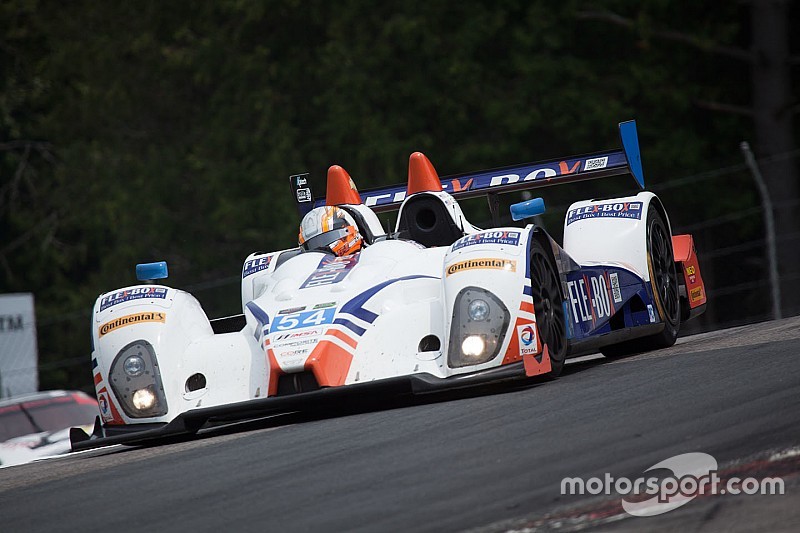 Daytona Beach, Fla. – The TUDOR United SportsCar Championship Prototype Challenge (PC) class will be in the spotlight in this weekend’s Northeast Grand Prix at Lime Rock Park, headlining a multi-class race for the first time.

The PC competitors will be joined by the GT Daytona (GTD) class in the two-hour, 40-minute race set to take the green flag at 3:15 p.m. ET on Saturday. The race will be streamed live on IMSA.com and on the IMSA mobile app and will be televised Sunday on FOX Sports 1 at 5 p.m. ET.

“This will be like a homecoming for me,” said PC championship points leader Jon Bennett. “I grew up near the track, went to high school in Newtown and then to the University of Connecticut. As a teenager, I had a lot of fun driving to Lime Rock. Bob Sharp Racing – running with Paul Newman – was headquartered near my hometown, and that was a big deal when I was growing up.”

Even a little issue will cause you to go down a lap very easily. Winning at Lime Rock Park requires a real team effort.

Bennett co-drives the No. 54 CORE autosport Flex-Box/Composite Resources ORECA FLM09 with Colin Braun. They enter the race with a 10-point lead over two-time 2015 race-winners Mike Guasch and Tom Kimber-Smith, drivers of the No. 52 PR1/Mathiasen Motorsports Cuttwood ORECA FLM09, 193-183. Braun and Bennett finished second the last time the PC cars raced at Lime Rock, in 2013 with the American Le Mans Series presented by Tequila Patrón, and won in the class there in 2012.

“I’m really looking forward to this race, because it gives me the opportunity to win the TOTAL Pole Award and lead the field to the green flag at a track right around the corner from home,” said Bennett, who joined Braun in winning the recent PC race at Canadian Tire Motorsport Park.

Renger van der Zande is a two-time PC winner in 2015, and will co-drive the No. 8 Starworks Motorsport Martini ORECA FLM09 with Mirco Schultis.

“The Silver (Pro-Am) driver will play a big role at Lime Rock, because it’s such a small track,” said van der Zande, who won at Detroit and Watkins Glen. “Even a little issue will cause you to go down a lap very easily. Winning at Lime Rock Park requires a real team effort.”

Guasch and Kimber-Smith – who now resides in nearby Pleasant Valley, N.Y. – opened the year with PC class victories in the Rolex 24 At Daytona and Mobil 1 Twelve Hours of Sebring Fueled by Fresh From Florida. They are coming off a second-place finish at Watkins Glen and fifth at Canadian Tire Motorsport Park.

Mikhail Goikhberg is third in the standings, scoring top-five finishes in all six races driving JDC/Miller Motorsports’ No. 85 UndergroundCellar.com entry. He is within striking distance of the leaders with 180 points, 13 behind the leaders.

Other cars to watch are the No. 38 Performance Tech Motorsports Ric-Man Construction/GO-PUCK/Braille Batteries ORECA FLM09 of James French, who has won two consecutive TOTAL Pole Awards, and the No. 16 BAR1 Motorsports Top 1 Oil/Jet Suites/Edvisors entry of Sean Rayhall and Todd Slusher. Rayhall – a two-time PC winner in 2014 – finished second at Canadian Tire Motorsport Park for the team in his 2015 debut.

This weekend’s race marks the debut of the TUDOR Championship at the historic 1.5-mile circuit, and also features the Continental Tire SportsCar Challenge in a two-hour race at 10 a.m. ET on Saturday. TUDOR Championship practice opens at 11:35 a.m. on Friday, with qualifying streamed live on IMSA.com beginning at 5:15 p.m. ET.