Porsche will run a special livery on its cars in this weekend’s Petit Le Mans IMSA finale, resembling that of the 1998 Le Mans 24 Hours-winning 911 GT1.

The Stuttgart brand’s two 911 RSRs will compete in the Road Atlanta race, the final round of the 2018 IMSA WeatherTech SportsCar Championship season, sporting the white and blue colours made famous by Porsche’s 1998 Le Mans triumph.

IMSA regulars Patrick Pilet and Nick Tandy are joined again by Frederic Makowiecki in the #911 car, while Porsche young professional Mathieu Jaminet will team up with Laurens Vanthoor and Earl Bamber in the #912.

Bamber and Vanthoor go into Petit lying fourth in the GT Le Mans classification, 16 points off Corvette pair Antonio Garcia and Jan Magnussen at the head of the standings.

It marks the second major endurance race this year that Porsche has run special liveries, after securing a one-two finish in the GTE Pro class at Le Mans this year with a pair of retro-themed RSRs.

The winning car sported the ‘Pink Pig’ livery used by Porsche on its 917 in 1971, while the second-placed car adorned the famous Rothmans colours made famous by the 956 and 962 Group C contenders of the 1980s. 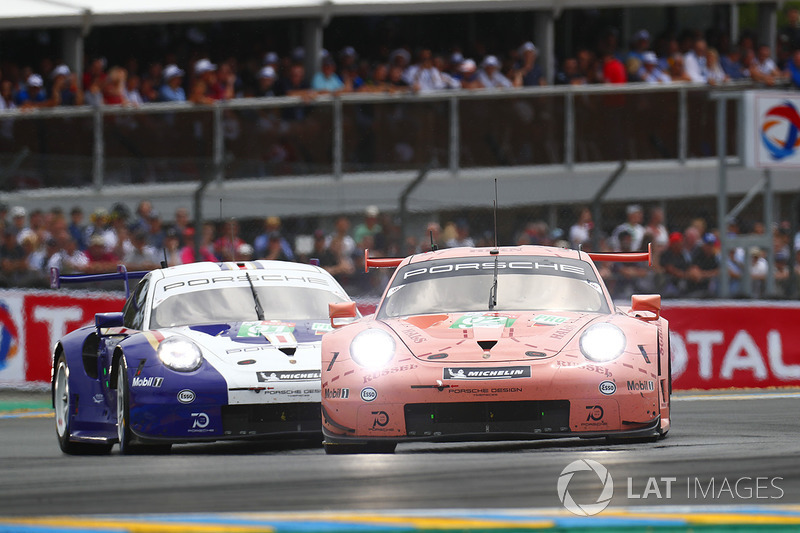 DeltaWing and GTR-1 to pay tribute to Don Panoz