AO Racing's Harry Tincknell believes the lack of pace Porsche demonstrated in qualifying for this weekend's Rolex 24 at Daytona is genuine and that the German manufacturer is "miles off" its GT Daytona class competitors.

Porsche has seven of its new 992-type 911 GT3 Rs entered for the IMSA WeatherTech SportsCar Championship season opener across both the GTD Pro and GTD classes, but proved off the pace in last weekend's pre-event Roar test.

The best of the marque's cars, the #16 Wright Motorsports example, qualified 21st of the GTD cars, almost three seconds off the pace of the pole-winning Mercedes-AMG GT3, while the #80 AO car of Tincknell, Gunnar Jeanette, Seb Priaulx and PJ Hyett languished in 30th place.

Hopes of a Balance of Performance adjustment that might bring Porsche back into contention were dashed on Tuesday evening as IMSA released an unchanged set of figures for the 911 GT3 R.

That has left Tincknell feeling pessimistic for AO's chances in what will mark its WeatherTech SportsCar Championship debut.

"All there is to say is that gap is a real gap," Tincknell told Motorsport.com. "We’re not going to suddenly see any improvement in the race due to sandbagging or holding back.

"The mandate in qualifying was low fuel, all platinum drivers in the car, show what we’ve got, and we get outqualified by bronze drivers in other cars. The speed difference is crazy; we’re in a completely different class. We’ve been essentially removed from the race."

Tincknell said while he couldn't be certain of the straight line speed deficit Porsche faces to the fastest cars in the GTD division, he offered an estimate of "somewhere between 10 and 12mph".

He added: "Even if you were leading and there was a one-lap dash to the finish [after a caution], we wouldn’t finish in the top 10. It feels like the others have the DRS open and ours is welded shut.

"We didn’t do the BoP test but we did a test in December and we ran similar times to the others. That was with 50kg less than we have now [1340kg] and 38mm restrictors, now we are on 33mm. It’s not rocket science." 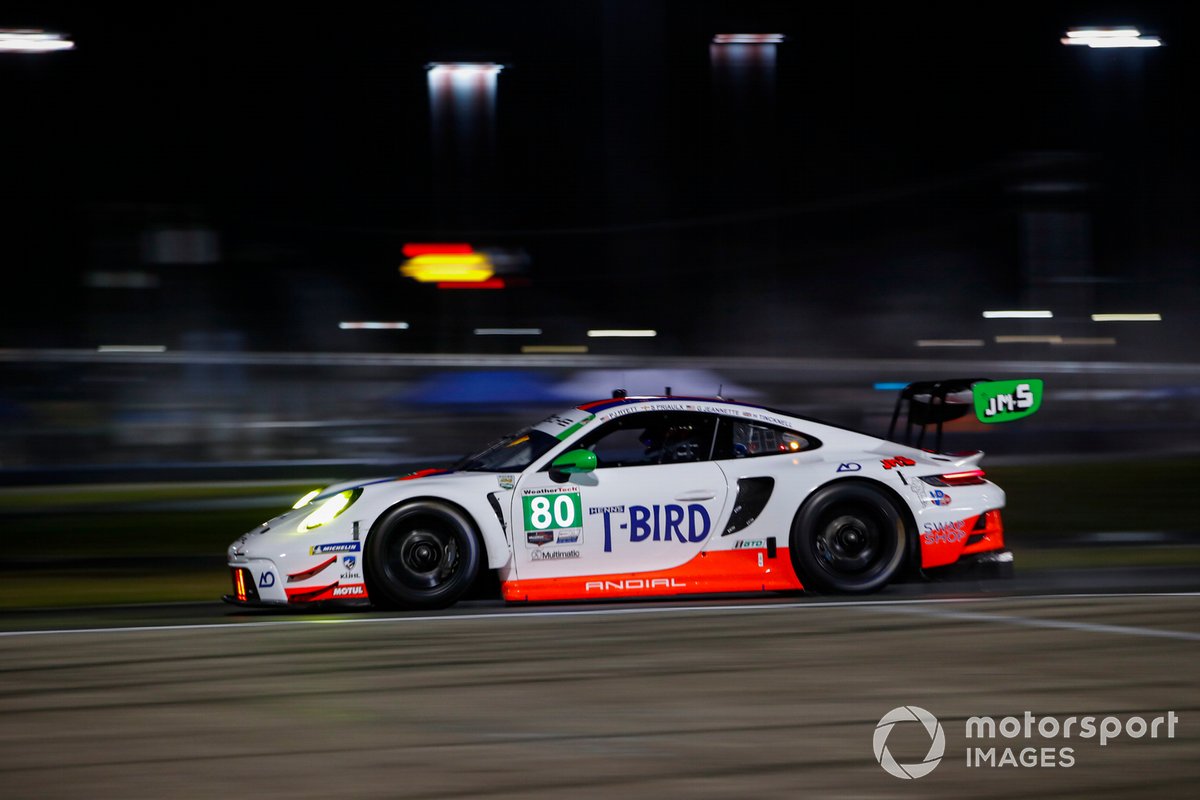 While conceding that Porsche realistically won't contend for GTD honours without the help of a last-minute BoP adjustment in the run-up to the race, Tincknell said that the Multimatic-supported AO operation can still target finishing as the best of the 911 GT3 R outfits.

"AO has invested a lot and built a really good team," said the Briton. "I’m really impressed, it doesn’t feel like a new team. We’ll do the best job we can and I think they will be successful during the season.

"But there was a subdued atmosphere in the team last night when the BoP came out. We’ve all been in situations when there is sandbagging going on, and people are bluffing, but I’ve never been more confident that we are miles off."

Tincknell returns to WEC in Proton Porsche alongside Priaulx Jr

Tincknell, Priaulx Jr in at Proton Tincknell returns to WEC in Proton Porsche alongside Priaulx Jr