Porsche factory cars collide during the night in Rolex 24 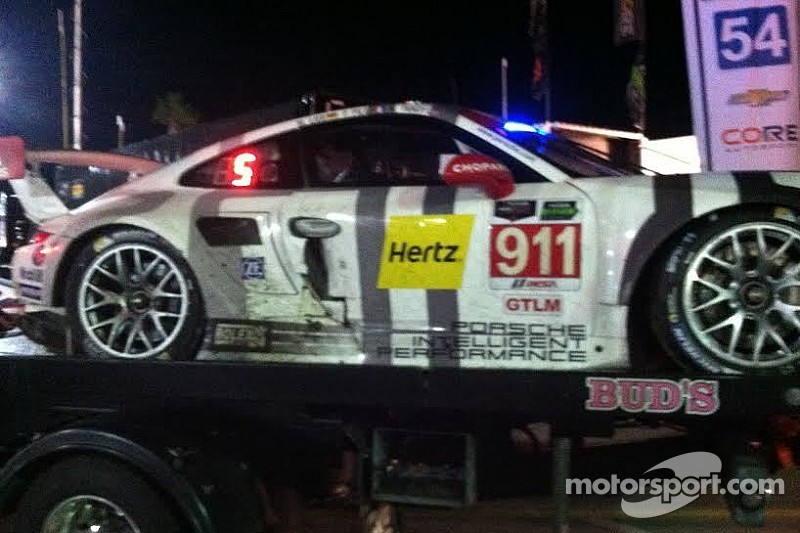 Both cars have suffered some significant damage.

One lap, the No. 911 and No. 912 factory Porsches were running solidly inside the top five in GTLM. The next, one is sitting stationary in the grass and the other is having its right front ripped apart by a flat tire as it is limped back to the pits. That's how fast things change in the Rolex 24.

Marc Lieb and Earl Bamber were piloting the cars when the accident took place, but neither is to blame for it apparently. “The No. 007 (TRG-AMR) and the No. 911 came together over the kerbs and I had nowhere to go and I moved onto the grass,” Bamber explained to IMSA radio. “I hit the 911 unfortunately. It’s a big shame for the team but I think we can get it going again.”

Motorsport.com stood by as the two Porsche drivers briefly discussed the incident and there was no hard feelings towards the other, understanding it was one of those things that was out of their control.

Both cars are completely out of reach of the GTLM leaders now.