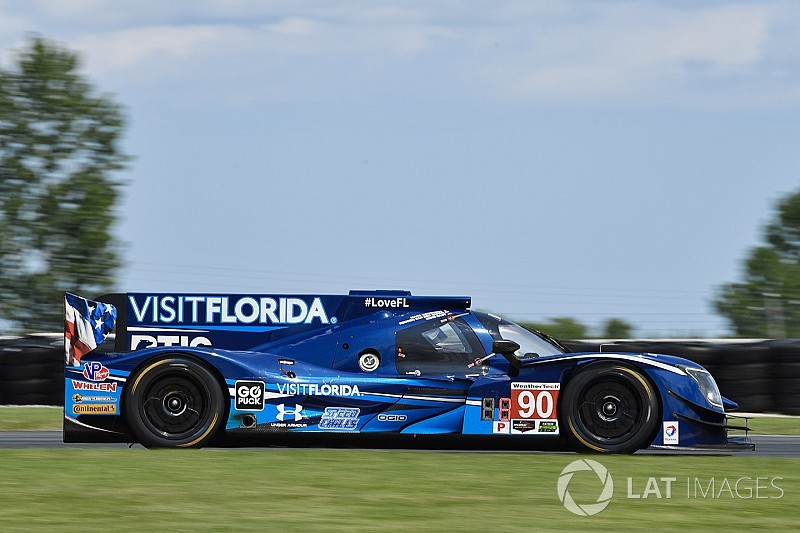 Renger van der Zande, who won the previous round of the IMSA WeatherTech SportsCar Championship at Laguna Seca, continued his momentum at Road Atlanta this morning with fastest time around the 2.54-mile roadcourse.

The #90 VFR Ligier-Gibson lapped the course in 1min12.650sec to edge Jordan Taylor’s Cadillac DPi-V.R into second place by a mere 0.033sec, while Helio Castroneves’ Penske-run Oreca-Gibson was a mere 0.041sec behind that.

Stephen Simpson’s JDC Miller Motorsports Oreca was 0.344sec in arrears but ahead of Mathias Beche in the Rebellion Oreca, with Dane Cameron fastest of the Action Express Racing Cadillacs in sixth. Ryan Dalziel was seventh in the faster of the two ESM Nissans.

In GT Le Mans, Laurens Vanthoor put the #912 Porsche 911 RSR fastest on 1min18.320sec ahead of the two Corvette C7.Rs of Tommy Milner and Antonio Garcia.

GTD was headed by Jeroen Mul’s Change Racing Lamborghini Huracan, a quarter-second ahead of Connor de Phillippi’s best in the Audi R8 run by Land Motorsport.

Second practice is due to start at 3.15pm ET.