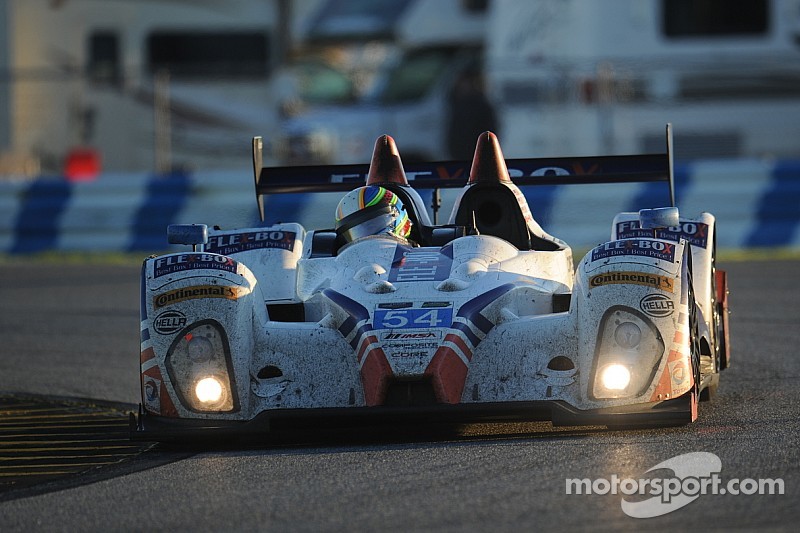 In a 24 hour race, anything can and will happen.

With less than 20 minutes left in the 24 hour endurance race known as the Rolex 24, PC was the one class where we basically knew the No. 54 CORE Autosport entry had it in the bag. Moments later, the car is sitting on the back stretch, damaged and on fire.

Driver Colin Braun escaped unscathed, but his Rolex dream has literally gone up in flames. The No. 52 PR1/Mathiasen Motorsports Oreca, which has been involved in a number of incidents, has taken over the lead.

James Gue talked about the initial incident that sent Braun off track. "I don't know what happened between the Porsche, it obviously went off and there was contact. We were cruising, just had to make our final stop for a splash. Maybe we had a flat tyre. Just bitterly disappointed, for this to happen with just 20 minutes to the end, I'm so sorry for the guys."

Jon Bennett tried staying positive, saying "We're happy Colin's alright, we did 23hrs and 40m successfully. We'll regroup and we'll be back. Super proud of our effort and we'll be back. I think we had a small contact with another car. We had a tyre going down, and we were trying to get back. That's racing, everything is a split-second decision, I still love it."