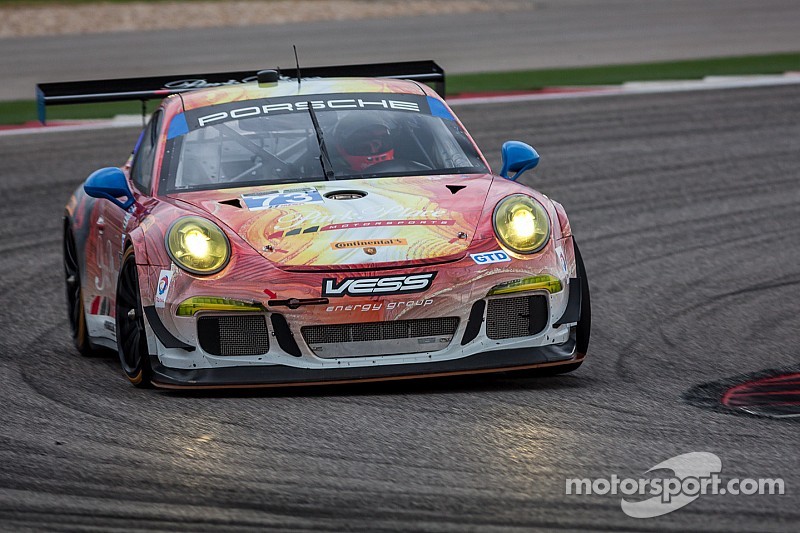 Following a 2014 season with enormous potential, as the team showed dominant speed at multiple events last year, Park Place Motorsports will once again return to competition in the GT-Daytona (GTD) class during the upcoming Rolex 24 at Daytona. Taking to the track during this weekend’s annual Roar Before the 24 pre-season test, the team will return with a very strong five-driver lineup of Patrick Lindsey, Kévin Estre, Dr. Jim Norman, Spencer Pumpelly, and David Ducote.

Featuring four drivers that have all driven with the team at various points, with three victories to their credit, and bolstered by a promising new talent, team principal and co-driver Patrick Lindsey is anxious to get his program going.

“Even though this off-season has been monumentally challenging, when a team is able to assemble individuals as talented and driven as our engineers, mechanics and drivers are, I can't help but beam with excitement,” stated Lindsey. “Anymore it seems every car has a great driver lineup that is capable of winning and I commend our fellow GTD competitors for that. That said, I think we have outdone ourselves with this group of drivers.”

Returning to the fold will be the Lindsey’s regular co-driver during the 2014 season, Kévin Estre. Originally from France, Estre is an accomplished Porsche driver, taking numerous victories and podiums in the Porsche Supercup and Carrera Cup ranks, and was recently signed as a factory driver for McLaren’s GT program. Leading Park Place to a podium finish last year as well as qualifying as the top Porsche on multiple occasions, the venerable Frenchman looks forward to his return.

“I'm really happy to be part of Park Place for the Rolex 24. This race is amazing and to do it with a great team and a strong driver lineup is really important. I hope that we will have more luck than last year and I'm sure that the team will be 100% prepared for the biggest race of the year.”

Also returning to the fold will be Dr. Jim Norman. Campaigning in multiple events with the team in 2014, Norman will return as one of two former winners of the race. In 2013, the Florida resident drove a calculated race to take victory in the upstart GTX class driving a Porsche Cayman S.

“I am excited to be able to share this car was such great co-drivers,” stated Norman. “The fact that this team of drivers represents over 30 wins in a Porsche is a true testament to the talent represented on this team. Even members of our crew have tasted victory at Daytona so we know what it takes to win and we are ready to give it our best effort.”

Pumpelly back with the team

Also returning to the team as a former Rolex 24 winner will be Spencer Pumpelly. A two-time class winner of the race, the Georgia resident last participated with the team during the 2013 event. Following a controversially close finish during last year’s event, Spencer looks forward to redemption at this year’s event.

“This year I'm returning to familiar ground for the Rolex 24. I'm happy to be back with Park Place,” stated Pumpelly. “I was fortunate to drive with the team in the 2013 Rolex 24 where we had a very strong run until contact ended our chances. Patrick Lindsey and John Horton have only made the team stronger since then and I can't wait to get back in their car. It's also a return to a Porsche. In my 15 previous starts, 13 were in Porsches including both of my class wins. With Kévin, Jim and David joining us, we will have a very competitive effort. “

Rounding out the lineup will be Daytona rookie David Ducote. A veteran of the IMSA GT3 Cup Challenge ranks, as well as IMSA Lites and PC class, the Houston-based businessman will be joining the team after a successful 2014 that saw him gain bountiful Porsche experience.

“To have Kévin Estre and Jim Norman return to Park Place for this year is wonderful and to add Spencer Pumpelly back into the Park Place family is a big score for us,” continued Patrick Lindsey. “I'm excited to welcome David Ducote into our team and while it will be his first Daytona 24-hour race, his talent in the IMSA sanctioned Porsche GT3 challenge has been duly noted by many. It's going to be a strong effort by our Park Place team.”

The first official laps for the team will take place tomorrow as part of the three-day Roar Before the 24, leading up to the Rolex 24 in just two weeks’ time.