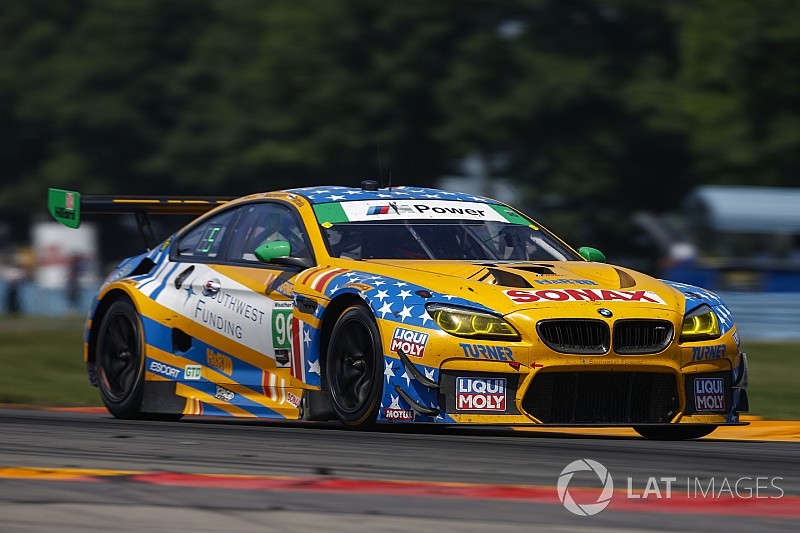 Markus Palttala admits that no one on the Turner Motorsport team had expected to scoop GT Daytona class victory in yesterday’s Sahlen’s Six Hours of the Glen.

The BMW M6 GT3 started only 13th in class, but Palttala, Don Yount and Dillon Machavern made no mistakes, the team produced strong pitstops and strategy, and the car had enough pace to beat the Meyer Shank Racing Acura of Alvaro Parente/Katherine Legge and the Paul Miller Racing Lamborghini Huracan.

It marked the team’s second win in this event, Palttala and Dane Cameron having won in Will Turner’s BMW Z4 back in 2014.

The team owner said this latest victory “was such an accomplishment to beat some of the best drivers in the world with up-and-coming drivers that did such a great job.

“It just all came together for us with perfect pit stops, great setup on the car, taking care of tires. The drivers kept the car clean and we were able to pull ahead and cross the line first.”

Yount started the race, and handed off to Machavern who claimed several scalps before handing back to Yount. Thereafter Palttala and Machavern took over driving duties, with Machavern making a pass on the #73 Park Place Motorsport Porsche, and the team short-filling Palttala with two hours to go, thereby springing him forward two positions.

When the Montaplast by Land Motorsport Audi R8, leading the class, was penalized for working on the car in a closed-pit period, the Turner Motorsports trio was up into second, and Palttala got around the #96 Acura to take the lead with little more than 45mins to go.

The Finn said afterward: “I was happy first of all to return with Turner and do this race because the team has always been strong here. After practice and qualifying I was thinking we have a good car, maybe a top five.

“I couldn’t believe after the last stop that I was sitting in third, and with the penalty [for the Audi] and the pass on the Acura we took first. It’s really above any expectations I think any of us had. Everyone did such a perfect job.”

“We can’t be depressed by second,” says Corvette’s Garcia