Officiating errors and long caution periods: not the 12 Hours of Sebring we had hoped to see. 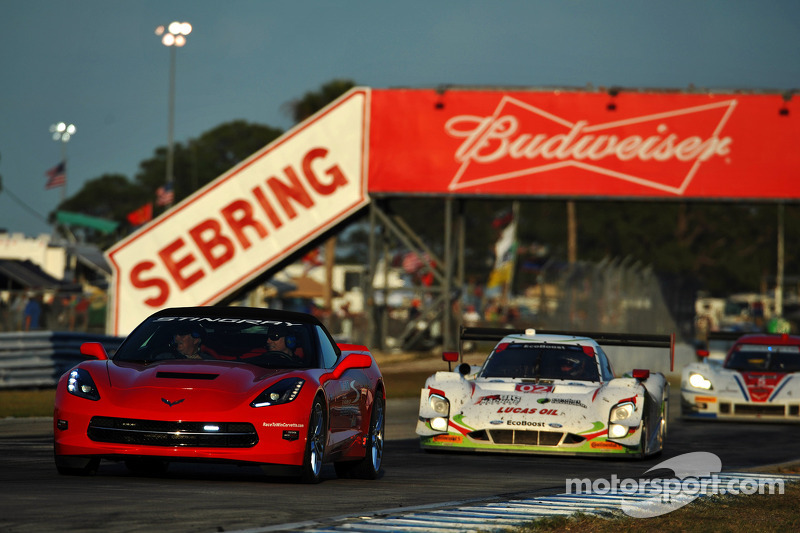 I’ve had to think about this a few days and take it in. The 62nd Mobil 1 12 Hours of Sebring seemed less a sporting endeavor than a war of wills (without a winner) and I’m not exactly certain how to react to it yet.

Is it time for me to cut Scot Elkins some slack after lambasting him and IMSA following the Rolex 24 at Daytona? After all, it’s a tough job to make rules for a new series and to enforce them properly, even with more than 18 months lead time.

Unfortunately for IMSA, officiating at the TUDOR United Sports Car Championship race at Sebring turned out to be more of the same slop as Daytona.

Balance of Performance dictates didn’t get posted to teams until the Friday night before race week, well after engine manufacturers had completed their preparations for the race and shipped product to teams. In different categories, cars gained or lost sonic restrictor sizes, gained or lost weight, had fuel cells made larger or smaller, depending on the results after the Rolex 24 at Daytona and an open test in Sebring. These BoP made for extra work for the engineers, mechanics and fabricators, even as they prepped for a pre-race test session - the day after rules were posted. 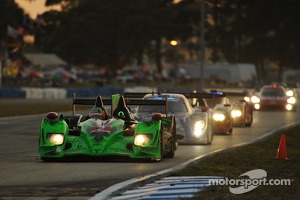 Qualifying went to perfection for Daytona’s winners, Action Express Racing’s Corvette DP, thanks to an in-the-zone lap by the remarkable Sébastien Bourdais. This despite the problems of making it through the track’s turn 5, which must have had some debris on it - either that or every Prototype driver was really trying that hard! Photographing in the area, I saw most everyone go off-circuit during the final, of four qualifying sessions that set the grid for the 10:15AM Saturday start to the race.

As it was, the first half of this traditional spring break party/race was a festival of caution periods. There were 11 full-course yellows in 12 hours and a single red flag, removing at least five hours of actual racing time from the docket.

With driving talents all over the map and 63 cars on the challenging, bumpy 3.74-mile Sebring circuit, a clean race was not expected. But when the first PC car beached itself at the fifth turn shortly after the start and an unnecessary full-course caution ensued, the die was cast.

In its latest guise, IMSA decided to do away with American Le Mans Series’ (ALMS) dedicated safety team in favor of locals, much like NASCAR does. It didn’t work well at Daytona and it certainly didn’t work well here. A broken driveshaft that hit the fuel line on the No. 33 GTD Viper, rendering it an inferno during the first hour took forever to be handled, with billowing black smoke coating the air. The clean-up looked like amateur hour. This is no way to produce a racing series, in my opinion. 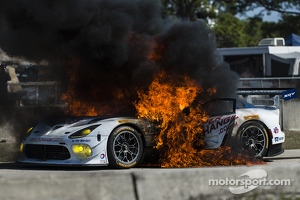 Matteo Malucelli’s return to circuit after a first-turn off destroyed another one of Giuseppe Risi’s Ferrari F458 Italia GTLM race cars; his actions are ripe for probation at the very least - but IMSA hasn’t seen fit to produce even a hand-slap as of yet. Not good!

Much later in the event, poor Alex Job, one of the most honorable racers on this planet and marking a quarter-century of Sebring entries, received a penalty for his No. 22 Porsche GTD car that belonged to the [winning GTLM] Porsche, the No. 912 AND to its stablemate, the No. 911, for “avoidable contact” in which the No. 22 was not involved. He bitched about it and Scot Elkins said, “I’m sorry but there’s nothing in the rules that allows me to reverse that penalty.” Horse manure.

It’s easy to be a Monday morning quarterback but it’s clear that mistakes were made - admitted by Elkins - so the hierarchy at IMSA needs to have many meetings with its officials and get this mess straightened out. Before Long Beach and certainly prior to the race at Mazda Raceway Laguna Seca in early May.

As a writer and photographer at races across this country and occasionally overseas, I’ve seen the best and worst of officiating. This group is definitely overdoing it; it’s my opinion that the best officials are those that aren’t seen or heard on a regular basis.

One official that’s learning what it’s like to be on the other side of the fence in Beaux Barfield, chief steward for the Verizon IndyCar Series. He was working at Daytona and Sebring as team strategist and got to see the horror show from the pit/paddock perspective, rather than the control tower. It would be interesting to ask Barfield if he’s got a different perspective after these two races being on the other side of the fence?

So here we are, back to square one.

I stand by my conviction that it might have been a far better idea to look a bit less closely at these diverse race cars before plunking them down into a single series. 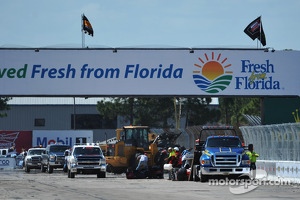 It might have been fun for everyone watching (and certainly less expensive than this endeavor has been to date for teams) to have all cars run to their 2013 ALMS and/or Grand-Am rules in the first three races, the 24-hour race at Daytona, the 12-hour contest on Sebring’s former airport runways and the sprint race scheduled next month for the city streets at Long Beach.

That way Elkins and his cohorts would have known and understood how these cars race together and made calculated changes to their former sporting rules in order to have them interact in a more sensible fashion.

Changing rules on a minute-by-minute basis so close to race-dates, failing to recognize the differences between a GTLM and GTD Porsche during an event, casting away a great safety team to use untrained and inexperienced local responders, calling full-course cautions when a waving yellow at an incident scene would suffice - all of these travesties and more are why I’m disappointed with the first two races I’ve worked. I’m hoping for better at Long Beach, but then, I’m a hopeless optimist.

One other thing: half a week after the race, IMSA still hasn’t produced an official box score for the race. They didn’t have one for Daytona (held January 25-26) until February 8th. Even NASCAR posts official box scores a day or two following competition. What’s the problem?