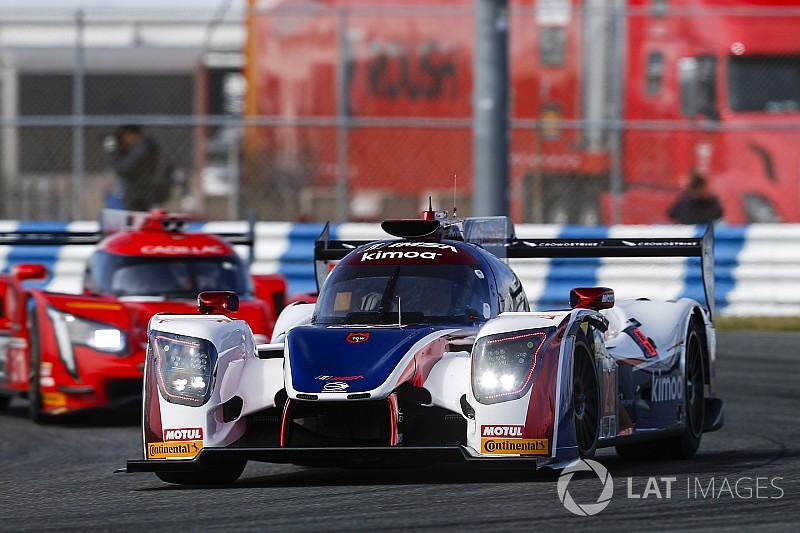 Lando Norris reckons the United Autosports Ligier he shares with Fernando Alonso and Phil Hanson at the Rolex 24 at Daytona can win, but only if they execute a perfect race.

Alonso set the car's quickest lap of the 2018 Daytona’s recent ‘Roar' test, but was only 12th fastest and 1.7 seconds off the pace set during the session’s mock qualifying run – with the Cadillac DPi cars dominating proceedings.

The Cadillacs have since been pegged back by a Balance of Performance tweak to their air restrictor diameters, but Norris reckons it will still take a flawless run to overcome the pace deficit and reach the top step of the podium.

“The pace we had in the qualifying session was our genuine pace – we basically said we’re going to give it as much as we can to show what we have compared to the others – and we were quite a long way off, especially compared to the DPis,” he said.

“So a win the coming from all of that, I think is possible because it’s the Daytona 24 Hours – the race is only won in the last hour or two, or since the final safety car.

“It can be possible, but on outright pace, we can’t win it.

“So we just need to make sure we’re on top of everything else – from pitstops, not getting penalties, not damaging the car – anything like that.

“That’s what we need to be better than the rest on, because we’re doing the best we can with the car but it’s not as good as what the others have.

“In all the other areas that we know that we can beat them, then that’s where we have to try and do better.

“A podium is more realistic, it’s still quite a big push, but if we can make sure everything else goes right then it’s possible.”

Norris added that the BoP changes are unlikely to sufficiently shake up the competitive order to allow United Autosports to lead from the front.

“We should be closer, but we’re not going to be in the position we would want to be, where we can control the pace,” he said.

“We’re going to have to push flat out, no mistakes, and maybe we can do well, whereas they can maybe make a mistake here or there and still get away with it and be ahead of us.

“We’ll be in a better position, but we haven’t found pace, they’ve just been made slower.”