No. 33 Dodge Viper GT3-R back home to Detroit this weekend 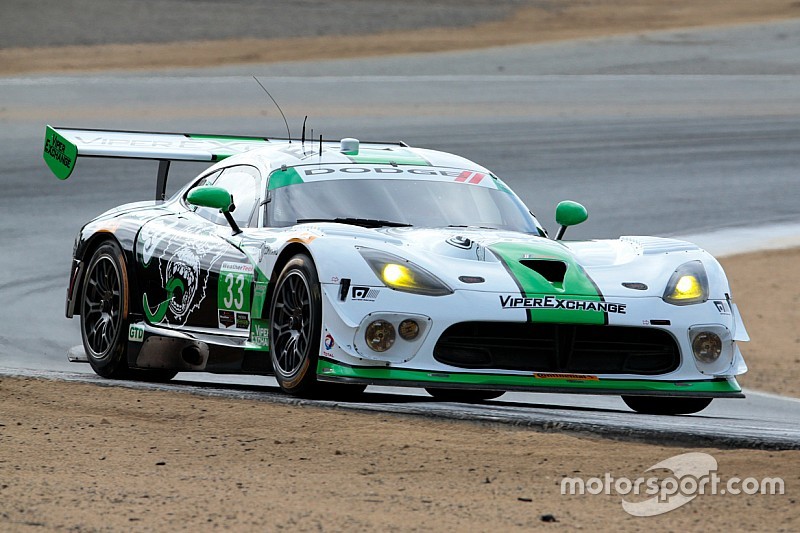 Detroit – ViperExchange.com and Riley Motorsports team will bring the Dodge Viper GT3-R back to its home turf of Detroit for the third time this weekend where Ben Keating and Jeroen Bleekemolen will co-drive the No. 33 ViperExchange.com/ Gas Monkey Garage Dodge Viper GT3-R in the Sports Car Classic at the Detroit Grand Prix on the Raceway at Belle Isle Park, June 3 – 4.

Keating is a race-winning driver in IMSA GTD competition who is also the principal of ViperExchange.com, the world’s largest Viper retailer, which is based in Tomball, Texas.

We are in a better position right now than we were last year,

Detroit is unique in that the 100-minute race length is the shortest of the season and comes on the only street course on the IMSA schedule.

“I think all street tracks are special because none of them were originally made for racing,” Bleekemolen said. “So, there are bumps you normally don't have and usually no runoffs. There are some concrete parts, which makes the Detroit track interesting as normally it is asphalt on most of the street tracks I go to at least.”

Keating and Bleekemolen co-drove the No. 33 Dodge Viper GT3-R each of the last two years in Detroit and showed solid pace in both races. Keating qualified a career-best second and raced as high as third in the early stages of last year’s race.

“Typically, a street course is tough to pass on,” Keating said. “There are huge penalties for any mistakes just because there are close concrete walls on both sides. Qualifying and pit stops are probably the two easiest ways to make up positions on a street course, and Detroit is no different. We had a good car there last year, but I made a small mistake and paid the price with a DNF (Did Not Finish). We’ve got to do better this year.”

Bleekemolen races on a variety of circuit types all around the world each season, including last weekend in the 24 Hours of Nurburgring on the 15-mile plus Nordschleife layout, but his choice for favorite type of race might surprise some.

“I love street races, they are my favorite,” Bleekemolen said. “You don't get room for mistakes and you have to build up the pace and confidence throughout the weekend. Detroit has made a great track layout on Belle Isle, and with all the automotive companies around there is always a lot going on. Many guests and spectators which is always nice.”

ViperExchange.com finished 10th in the season-opening Rolex 24 At Daytona and 12th in March’s 12 Hours of Sebring, rebounding from contact and mechanical issues, respectively, in both races.

A sixth-place finish one race ago at Laguna Seca was the No. 33’s best result of the season, but they are looking for more in Detroit. Another solid or season-best result Saturday would give ViperExchange.com some critical points in a GTD team and driver championship that will be just one race away from the halfway point after Motown.

“We are in a better position right now than we were last year,” Keating said. “In addition, we didn’t get many points at Detroit last year so I expect to be in an even better position after the race this year. We were definitely in the mix with an opportunity last year, so, I have to assume that we still have a chance to win the championship. We need to have some wins, we need to consistently finish in the top-five every race, and, we need some luck.”

The Belle Isle schedule begins with morning and afternoon practice sessions tomorrow, Friday, June 3, before qualifying that afternoon from 5:05 – 5:20 p.m. Race-day Saturday begins with at 30-minute warm-up at 8 a.m. with the featured 100-minute Sports Car Classic scheduled to go green that afternoon at 12:40 p.m.