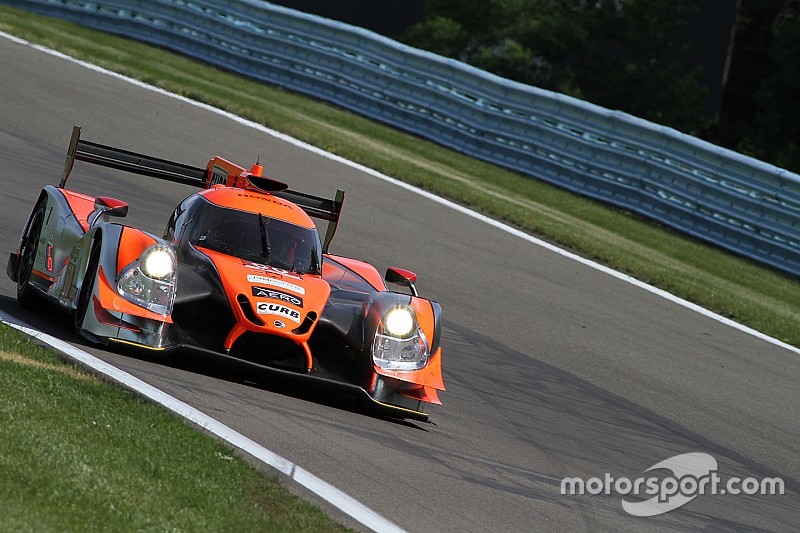 Michael Shank Racing headed the time sheets ahead of tomorrow's qualifying session for the 6 Hours at the Glen.

Two of three practice sessions are in the book for the TUDOR United SportsCar Series and Michael Shank Racing is leading the way with a new orange/silver livery. Ozz Negri put the Ligier at the top for both practices, despite being vastly outnumbered by DP-style prototypes. T

The fastest time came in the first practice when Negri put up a 1:38.055. Action Express came the closest with the No. 5 posting a 1:38.740 in the second session, still seven tenths off the Shank entry.

Starworks (Practice 1) and CORE Autosport (Practice 2) were the quickest among those in the PC class, but Colin Braun's 1:40.815 stood as the best time at the end of the day.

BMW was fighting with Corvette in GTLM, a team fresh off of taking their eighth class victory at Le Mans. A duo of Corvettes led the No. 25 BMW in the first practice while the sister No. 24 led the No. 3 in the latter. John Edwards was quickest with a 1:44.177.

TRG's Aston Martin was the fastest GTD of the day with Kuno Wittmer laying down a time of 1:48.832 in the first session.

Magnussen and Corvette Racing set to bounce back at Watkins Glen