Felipe Nasr says he knew Ricky Taylor wouldn’t be able to pull off his attempt at passing his Action Express Cadillac on the final lap of the IMSA WeatherTech SportsCar Championship’s Petit Le Mans season finale.

The battle for Prototype championship honours came down to a final-stint battle between Nasr in the Whelen Engineering-branded #31 AXR Cadillac DPi.V-R and Taylor in the #10 Wayne Taylor Racing Acura ARX-05 that had led the standings coming into the Road Atlanta race.

After surrendering the lead of the race to the Mazda of Harry Tincknell with just over 20 minutes remaining in the 10-hour contest, Nasr came under increasing pressure from Taylor, who had to find a way to pass the #31 Cadillac to have any chance of claiming the title.

Taylor went for an ambitious lunge at Turn 10 on the last lap of the race, but arrived too hot and went across the gravel, allowing Nasr to hold on to second in the car he shared with full-season teammate Pipo Derani and Mike Conway, and clinch the crown for himself and Derani.

It marked the second IMSA Prototype title in four seasons for ex-Formula 1 racer Nasr, who is leaving AXR to join Porsche next year ahead of the German manufacturer’s LMDh effort.

“That was intense,” Nasr said. “I’m at a loss for words. I have to say we’ve worked hard for this moment – the whole team. I’m so proud of everyone from Whelen Engineering for putting in a great drive today.

"Winning the race was possible. I got a little unlucky with traffic [when the Mazda passed] and then I saw the No. 10 car coming. Why does it have to be so hard?

"Coming down into the final corner, I saw the No. 10 make a very late move and I knew he wasn’t going to make the corner. So, I just focused on getting the exit and we got the job done.

"I have so much love and respect for the boys that I work with. This will be my final race here [at AXR]. That gives me a lot of emotions too. I want to thank Mike, Pipo and every single member of the team. I want to thank Cadillac as well. They gave us everything we needed to fight for this Championship. I’m just so happy.”

Derani, who won the IMSA Prototype title for the first time, added: “I just can’t believe we’re Champions. It was such a difficult end to last season and a difficult beginning to this year.

"With a lot of belief in God, and in my family, I rebuilt my trust and here I am a 2021 IMSA Champion. It’s just incredible. I’m just so grateful for Whelen Engineering, Action Express, Cadillac, and everyone who supported me. It’s just fantastic.”

Taylor and his teammate in the #10 WTR entry, Filipe Albuquerque, narrowly missed out on making it three titles in a row for Acura, although the pair and their endurance co-driver Alexander Rossi did come away with Michelin Endurance Cup honours. 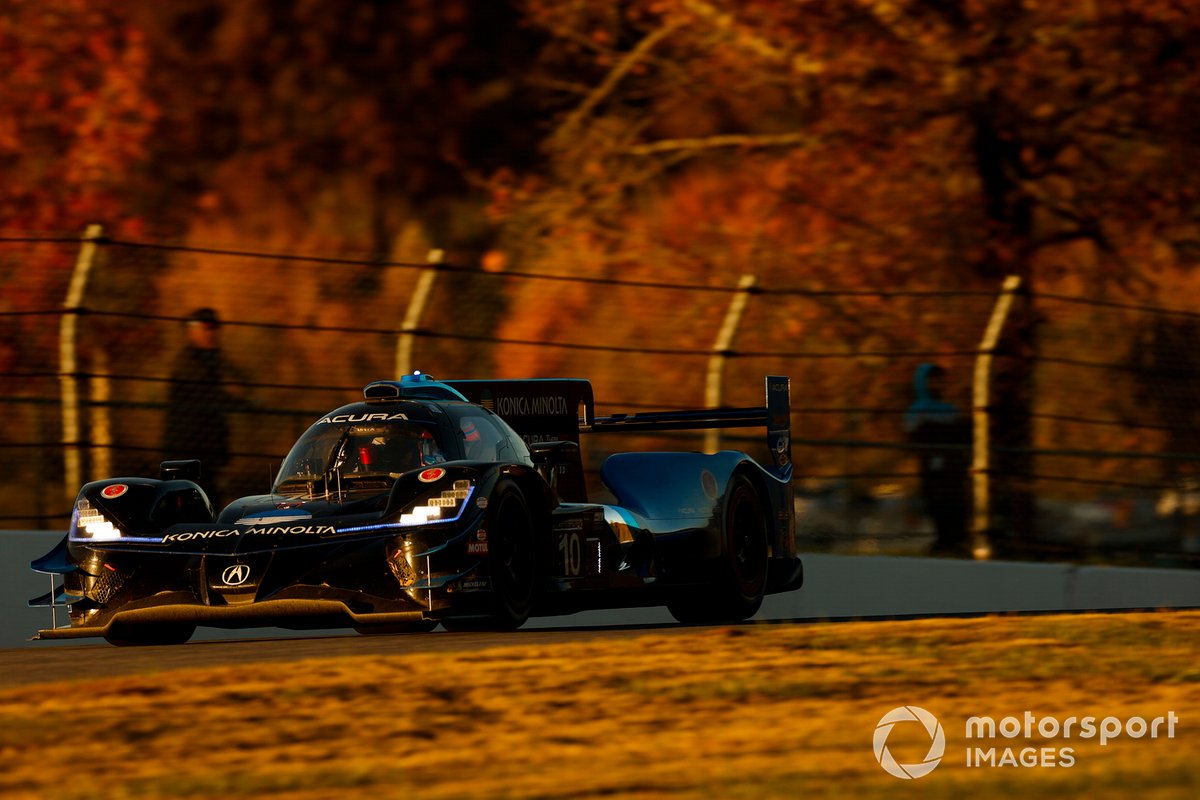 “I mean, we’re racing really hard," reflected Taylor. "The championship literally came down to the last corner. After last year, I’m happy for those guys [AXR]. They deserve it; they had a great year.

"I hate it for Filipe; he drove such a great stint to pass them. I made a little mistake on my out lap [after the last pitstop]. But I’m so thankful to have HPD, Konica Minolta and Acura behind us. I will do everything I can to pay them back in California and at the shop in Indy.

"I’m really bummed, but Daytona is close. This is a short offseason, and we’re a great team.”