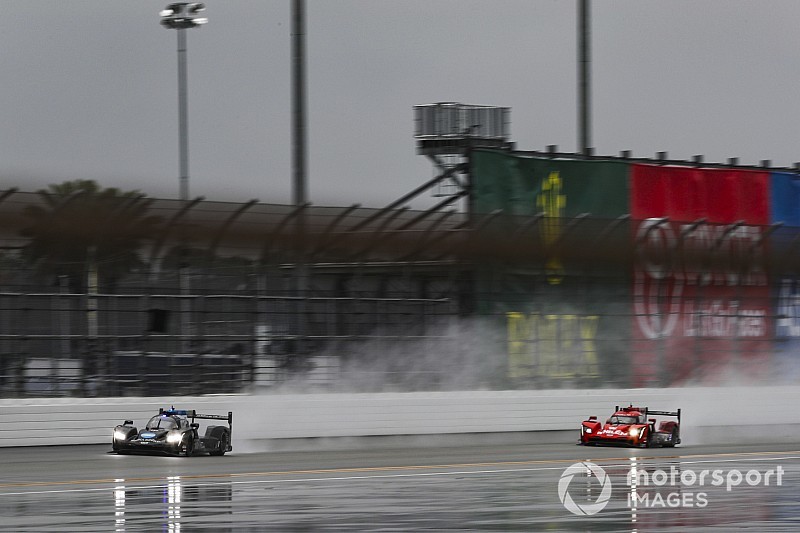 Felipe Nasr regrets the fact that his "fantastic" battle for the lead in last weekend's Rolex 24 at Daytona with fellow ex-Formula 1 racer Fernando Alonso was cut short by red flags.

Action Express Racing Cadillac driver Nasr was leading the Wayne Taylor Racing Cadillac of Alonso heading into the final stages of the IMSA WeatherTech SportsCar Championship season-opener before it was stopped with just under two hours to go as a result of heavy rain.

But, as the weather worsened, Nasr aquaplaned and ran wide into Turn 1, relinquishing the lead, with the subsequent red flags giving him no time to find his way back past Alonso.

That ensured victory went to Alonso and his teammates in the #10 Cadillac DPi-V.R, Renger van der Zande, Jordan Taylor and Kamui Kobayashi, while Nasr, Pipo Derani and Eric Curran had to settle for second in the #31 Cadillac.

"It was fantastic to share those moments with Fernando," Nasr told Motorsport.com. "He’s a great driver, we all know that, and in any car that you put him in he’s going to show his best.

"Fernando and I, I think we were the strongest guys out there in those conditions, and I really wish we could have raced for the remainder of the time [after the race was stopped].

"I’m sure it would have been great for the spectators at home, to see real racing, to see cars fighting. Unfortunately we didn’t restart and we had to settle for second.

"All I wanted was to go back racing. But I do understand there was a point it got too wet. Even 15, 20 minutes before they red-flagged the race I think cars were spinning on the straights. It got really crazy out there."

Reflecting on the Turn 1 moment that ultimately decided the race, Nasr added: "There was nothing I could do; I was the first car coming into Turn 1, and that was the moment the rain really poured down.

"I was just hoping they would restart the race, because the car was good enough to fight for victory. It was a real shame it ended this way.

"We had a strong run last year [finishing second] and again fighting for victory this year, so I can’t complain, but due to that [mistake] we didn’t walk away with the win." 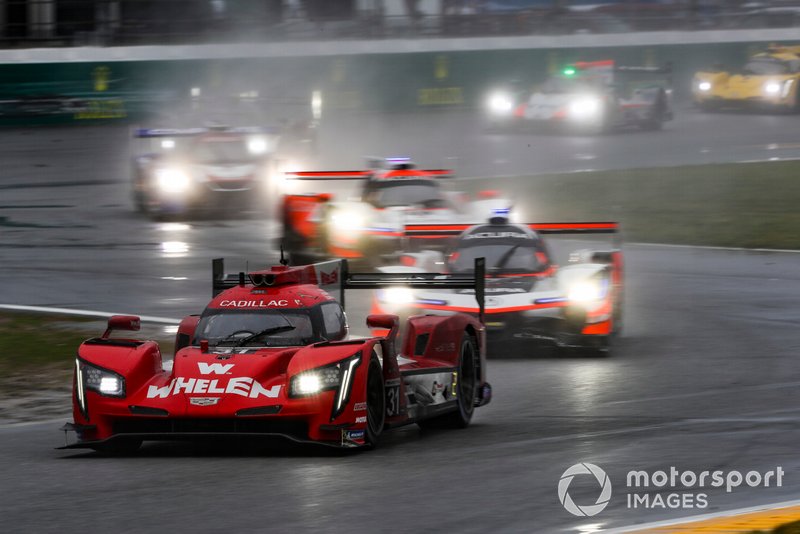 Despite pre-race fears that the Cadillacs lacked the pace to fight the Acuras and Mazdas, the #31 AXR machine and the winning #10 WTR car ended up leading a combined 356 laps of the 593 that took place before the race was called.

But Nasr insists he went into the race confident of having the pace to challenge for victory based on his experience of the Roar Before the 24 test earlier in the month.

"It was like we expected, because even from testing in the beginning of January we were aware Acura and Mazda had better one-lap pace than us, which they confirmed in the race weekend," said the Brazilian.

"But you have to adjust your car into a race set-up that is able to be consistent and driveable in any conditions. We were pretty confident we had a good package going into the race, and we confirmed that.

"As soon as the race started, I felt like we had the upper hand over the longer stints. Our Cadillac and the 10 [WTR car] were extremely fast. We were pretty much controlling the race most of the time, either us or the 10."