MSR to run one Acura NSX full-time, one part-time in IMSA in 2018 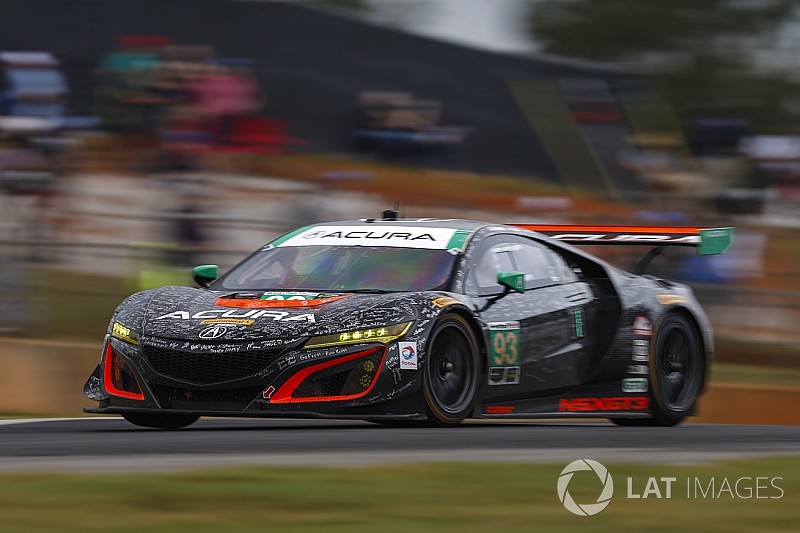 Michael Shank Racing, which brought the Acura NSX GT3 two wins in the IMSA GT Daytona class in the model’s inaugural racing season, has announced a revised lineup for 2018.

The team will become a customer operation for the 2018 IMSA WeatherTech SportsCar Championship with one full time GTD class entry and a second entry that will contest IMSA’s four endurance rounds – Rolex 24 at Daytona, the Sebring 12 Hours, the six hour race at Watkins Glen and Petit Le Mans.

Justin Marks and Lawson Aschenbach will share the full-season driving duties in the #93 NSX GT3 and will be joined by Mario Farnbacher for the endurance events in 2018. AJ Allmendinger, who won the Rolex 24 overall with MSR in 2012, will be the #93’s fourth driver in this event next January.

The team’s second entry, taking on the 2018 IMSA Tequila Patron North American Endurance Cup, will be raced by Katherine Legge, who took two victories in MSR’s NSX last season. She will share with 2016 Pirelli World Challenge GT champion Alvaro. The team says it will announce its full lineup next month.

Michael Shank, who today also confirmed a partnership with Schmidt Peterson Motorsports in IndyCar, said of his IMSA plans: “We learned so much with this program last year and I was very proud to represent Acura and bring home a pair of wins with the NSX in its first season. The NSX is phenomenal and we want to build on what we’ve learned so far.

“I’m very pleased to have two big talents in Justin and Lawson come on board – their records speak for themselves. Having the second entry for the long races and maybe some additional events will also be a boost for the program, between what Katherine already knows about this car from last year and having a guy like Alvaro Parente join us.”

Aschenbach declared: “This team has the professionalism and dedication needed for success. From top to bottom you can see that everyone has a common goal, and that is to win. This is the type of environment that drivers dream about. It’s going to be fun teaming up with my buddy Justin Marks. He’s a great friend and we are both excited to be pushing for podiums and wins.

Marks added: “Even focusing the past years of my career in NASCAR, I’ve always felt that a return to full time endurance sports car racing was a goal.  To make that return with a team like MSR is really special.  I have a lot of respect for Michael and everything he’s accomplished.  It’s a very cohesive, dedicated, classy group of talented individuals."

SpeedSource to hold auction for cars and equipment