The Swedish born Stefan Johansson is also an accomplished painter and designer.

For almost three decades Stefan Johansson has been one of the top drivers in the world of international motorsports. 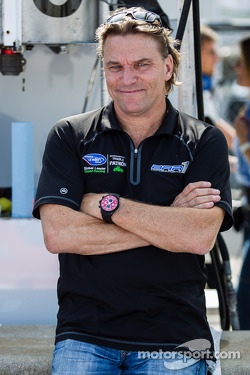 He has been successful in Formula One, IndyCar and Le Mans style sports car racing, winning both the 12 hours of Sebring twice and the 24 Hours of Le Mans.

The Swedish born Johansson is also an accomplished painter and designer. He currently lives in Los Angeles with his family. Next on the racing calendar is the legendary Rolex 24 At Daytona on January 25-­‐26, 2014.

This will mark the beginning of the newly formed Tudor United Sportscar Championship series, the entity created from the 2013 merger of Grand-­‐AM and ALMS.