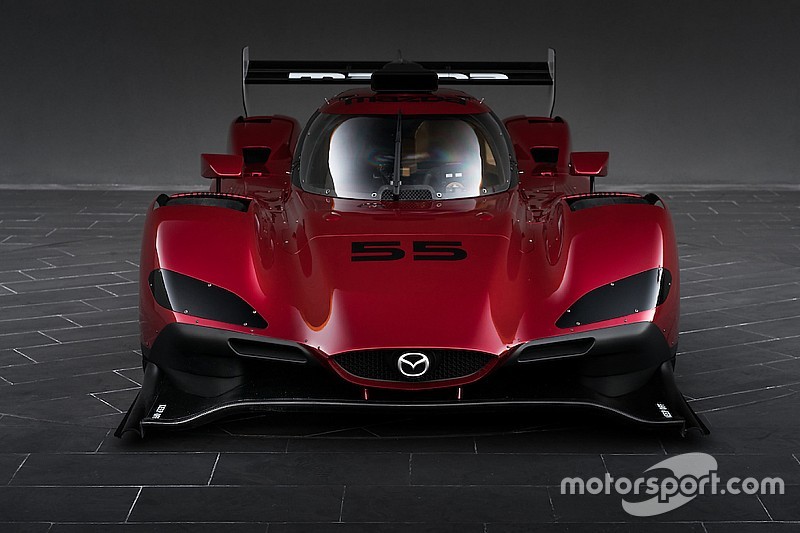 John Doonan, director of motorsports at Mazda North American Operations, says the greater physical and mental demands of the faster DPi-spec Mazda RT24-P should be an advantage for the IMSA team’s youth-led driver lineup.

The DPi Prototypes headline the IMSA WeatherTech SportsCar Championship in 2017, and have replaced the ageing Daytona Prototypes which were based on a concept that debuted in 2003.

A DPi car is a standard ACO/FIA homologated 2017 LMP2 Prototype chassis from one of the four approved constructors – in Mazda’s case, that’s Riley/Multimatic – fitted with IMSA-homologated, manufacturer-designed and branded bodywork and engines.

The Mazda RT24-P was unveiled at the LA Auto Show earlier this month, and will be driven full-time this season by Jonathan Bomarito, Tristan Nunez, Joel Miller and Tom Long, who have all tested the car, including at Road Atlanta, home of Petit Le Mans.

Said Doonan: “Overall we’re four inches skinnier, seven inches longer than last year based on the regulations. Someone asked if it felt like [the car] had a trailer hanging out behind us, but [#55 driver] Jonathan Bomarito’s comment right away was that, ‘No, it just felt so predictable.’”

Doonan was understandably reticent about going into specifics comparing the new car with the old, but told Motorsport.com: “There have been a lot of rumors about how quick these DPi cars are going to be, and the advantages are in cornering based on the level of downforce, and certainly there’s an advantage in straightline speed.

“So over the course of a lap there are significant improvements. Hopefully the Daytona test in a few weeks will give us all a sense of how different the lap times are compared with the previous car.

“One particular set of data shows the car is significantly better than where we were [with the old car] here two months ago at Petit Le Mans.”

Asked if the greater physical and mental demands of the car will favor younger, fitter drivers, Doonan said: “I do think that is a competitive advantage for us. We have invested in young talent, and everybody we decide to put in these cars goes through a rigorous evaluation.

“We do think we have a distinct advantage there and I can tell you these guys are in the best shape of their lives.

“The cockpit dimensions of these new cars is much tighter than everyone is used to, and my first comment on seeing the car was, ‘I bet these drivers feel like they’re racing formula cars, because they feel more part of the car.’”

Doonan said there were typical new-car “nagging things” such as gearbox cooling issues that had needed addressing on the RT24, and added that Mazda had been using its 2016 engines in the test. The upgraded motors will incorporate “updates very much focused on reliability,” he said.

“Our engine spec in the test was not the same as what we will run in 2017,” he added. “Next week is required dyno testing for us at IMSA [with the new engine]. Then we will be back on track December 13th and 14th for two days at Daytona with IMSA, with additional days of private testing there.”

All four of Mazda’s full-timers have now tested the Mazda RT24-P, but Doonan was unable to confirm who will get the third-driver roles for the #55 and #70 cars in IMSA’s four endurance races – Rolex 24 at Daytona, Sebring 12 Hours, Watkins Glen 6 Hours, and Petit Le Mans.

Nonetheless, Motorsport.com sources strongly suggest 2015 Indy Lights champion and 2016 IndyCar part-timer Spencer Pigot will reprise a role in which he excelled in 2016.

Doonan said: “We are yet to get our Daytona lineups to where we can announce it, but Mazda Road To Indy and Mazda Road To 24 graduates are absolute commitments and we will definitely have more of those.”