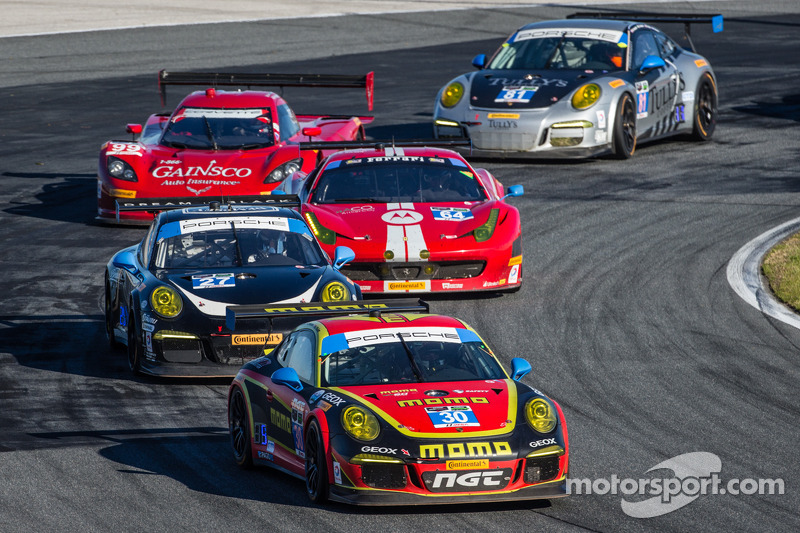 MOMO NGT Motorsport was able to finish within the Top 10 of the highly competitive 29-car GT Daytona (GTD) field. 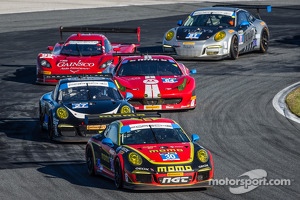 After a hard-fought class battle, the Miami-based Porsche team took the checkered flag in ninth position in the GTD class. After dealing with mechanical issues and getting over the initial challenges of competing with a brand-new car, the team was able to lead a significant amount of laps during the 24-hour endurance event. With hopes of a podium finish in sight, issues with the No. 30 Porsche 911 GT America's brakes caused the MOMO NGT team to fall a few laps back, which they were unable to make up in the time remaining. Having retired at the 19-hour mark in last year's Daytona enduro, the team was happy to take the checkered flag this year.

Henrique Cisneros, MOMO NGT Motorsport Partner/Driver No. 30 MOMO NGT Motorsport Porsche 911 GTD: "All in all, it was a little bit of a frustrating race. Obviously we felt we had the car to win, the team to win, and the drivers to win. There's no doubt about that. It's frustrating to have a car that's leading but know you can't get there because of mechanical issues. At certain points throughout the race, we were dominating, and we learned a lot from the race and from the car. It's a new car and new components that really haven't been tested too much, and, if anything, we're bringing a lot of new experience into Sebring that we know what things need to be worked on. Other than that, the car was great. It handled well the whole race, and we brought it home in one piece. I can't say enough about the work the team did in the pits, and we will be back."

Kuba Giermaziak, driver of No. 30 MOMO NGT Motorsport Porsche 911 GTD: "For this race, we were still figuring out our new car and trying to get used to the new components and new faces on our team. The shakedown was hard, but then it will get better the rest of the season. With a 24-hour race, you are competing for points in the championship. We tried to achieve the best result because the result here affects the rest of the season. I'm happy that we managed to get to the finish. The team did an amazing job, as did all the drivers, with keeping the car on the track. Now, we have a good base for the rest of the season."

Christina Nielsen, driver No. 30 MOMO NGT Motorsport: "I think the race went really well. We had only a few driver mistakes, and the team did an amazing job. I cannot thank them enough for the hard work they've put into this weekend. I think that if we hadn't had the problems with the brakes, we could've been on the lead lap at the end. The brakes cost us the most time that we lost, but other than that, I was quite happy with the weekend. In the beginning, I said that a Top 10 finish would be nice, and a Top 5 would be amazing. We finished P9 so I'm happy with that result. It's my first real 24-hour race, so it's really cool that the car made it through, the drivers made it through, and the crew made it through. It's a good start, but I still have my eye on that watch, so I'm definitely coming back."

Nicki Thiim, driver No. 30 MOMO NGT Motorsport: "It was my first time here, and I was really excited just to be here and try this and work with this amazing team. I have to say thank you to the whole team. The race went really well for us. We were leading after 12 hours and then, of course, it's still a long race from there. Some small issues came up but that's racing. We were the fastest Porsche on the track, so I'm sure that if we didn't have those small problems, we would've been able to fight for the win. Anything can happen in 24 hours. I'm really satisfied with P9 and it was a good effort for the team."

Beaux Barfield, MOMO NGT Motorsport Strategy Engineer: "I wouldn't have come to this race thinking with this field that a ninth place finish would be disappointing, but it kind of is. At the same time, we, as a lot of new team members, showed huge potential. Strategically, we were right on. The car was great and drivable; none of the drivers had any complaints. They did a great job of giving us speed when we needed it and they kept it clean for the whole race.

The reality is that we had a few mechanical issues that just happened at points when we didn't have an opportunity to repair them under yellow. Once we started losing those laps, it was difficult to make it back. We led, legitimately, on sequence, and held our own with the fast guys. The people that we really raced with ended up second and third, so it's very promising. Watching the people you race with all day finish on the podium makes it a little disappointing, but there's huge promise for what we can do in the future."