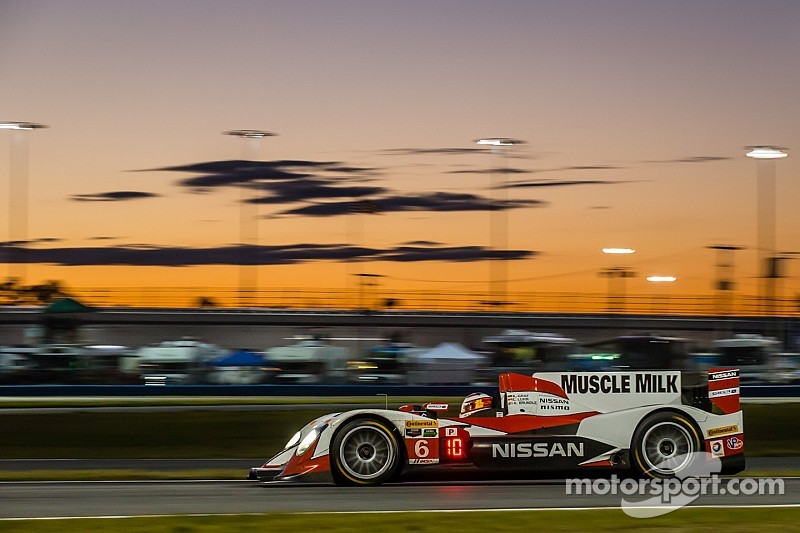 The TUDOR Championship could use the return of a top Prototype team like his.

If the first-year campaign for the TUDOR United SportsCar Racing Championship has faced one major hurdle – aside from the unfortunate scoring errors at Daytona and Sebring, but those were fixable – it has been the absence of Protoype entries from the American Le Mans Series side.

Certainly, at the end of the 2013 season, the series hoped that 2014 would see a field with a Prototype entry or two from Scott Tucker’s Level 5 team, which won the ALMS P2 championship in 2013. And the Dyson Racing team, which many expected would transition from the now-extinct P1 class to P2.

And certainly the Muscle Milk Pickett Racing team, which won the ALMS P1 championship in 2012 and 2013.

Even though the series added some new specifications, which added some expense, to the Grand-Am Daytona Prototype cars, that segment of the Prototype field has been well-represented.

At the Mobil 1 Sports Car Grand Prix in Canada on July 13, for instance, a dozen Prototypes were entered out of 40 entries total, which did not include the Prototype Challenge class, which was off that weekend.

Of the 12 Prototypes, six were Daytona Prototypes, six were considered ALMS P2 cars. But that number is a little skewed: The Delta Wing is considered a P2, but it’s essentially in a class of its own. Mazda’s two-car P2 team continues to make progress, albeit gradual, and it seems unlikely it will be a contender before the year is out.

That leaves the two-car Extreme Speed team, which has money, talent and speed, but is sorely lacking in one element of success: Luck. Team owners/drivers Ed Brown and Scott Sharp must be wondering what spirit they’ve annoyed – at the last race, one of their cars started second, finished 34th; the team car started fourth, finished 33rd.

And then there’s the OAK Morgan Nissan, which qualified on the pole and won the race with drivers Olivier Pla and Gustavo Yacaman. That team has been, so far, the best example of how a P2-based car, with a little luck and on the right circuit, can beat the DP cars. Which, incidentally, finished second, third, fourth and fifth.  Jacques Nicolet's France-based OAK team is very busy – the OAK Morgan-Judd is on the pole for tomorrow's Asian Le Mans Series race at Inje Speedium – so you have to judge their committment to the TUDOR Championship with that in mind.

So what does this have to do with Muscle Milk and Pickett Racing?

Nothing, maybe, but the team – which did race at Daytona and Sebring, but shut the garage doors just as the series was racing in California, the team’s home – was for years one of the most professional, most entertaining on the grid. Officially they were going to take a break to sort the Oreca chassis, but in May, they announced that no, they were through, until then a not particularly well-kept secret.

Then, this past week, it was announced that Hormel Foods is paying $450 million to buy parent company CytoSport, which owns Muscle Milk sports nutrition drinks, bars and powders. CytoSport was founded by Greg Pickett and his son, Mike.

With the company that owns Spam, Skippy peanut butter and Dinty Moore stew soon to be at the helm of Muscle Milk, could a suddenly bored Greg and Mike Pickett begin thinking Prototype racing again? It’s a long shot, maybe, but it’s a phone call the TUDOR Championship brass should be making.

Dyson has moved on to other, non-prototype racing, and Level 5’s Scott Tucker remains involved in legal issues regarding his company, and add to that the suicide of his brother earlier this year, who was often at the race track with Scott, definitely the best bet to bring one of racing’s top teams back into the fold seems to be with Greg Pickett.

We can hope, anyway.