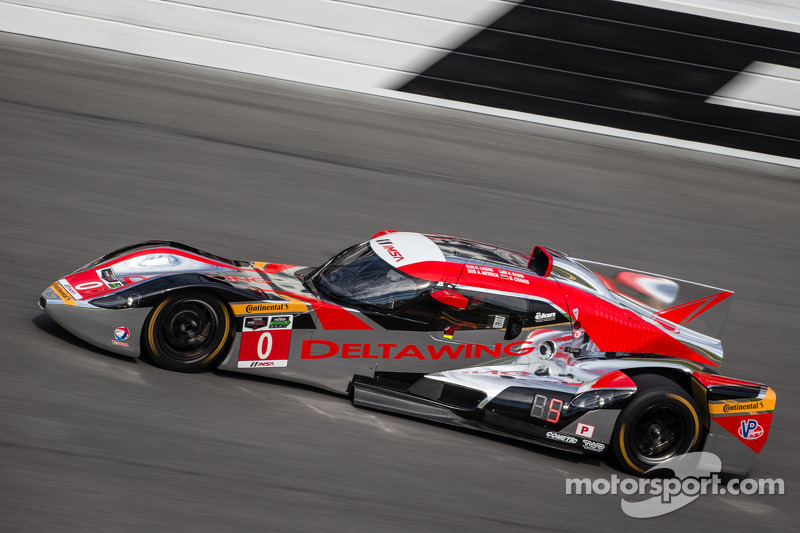 The DeltaWing driving trio look to capitalize on lessons learned at both the Sebring November test and January’s 24 Hours at Daytona.

BRASELTON, Ga -- Sebring holds a prominent place in the DeltaWing story, as the historic Florida road racing circuit saw not only the public on-track debut of the DeltaWing roadster in 2012, but the first glimpse of the DeltaWing coupe last year. Now the story comes full circle, as the coupe version of the revolutionary prototype competes in one of sports car racing’s endurance classics, the Mobil 1 Twelve Hours of Sebring.

Development of the coupe continues, with Sebring the third endurance race in which the car has competed. The DeltaWing driving trio of Katherine Legge, Gabby Chaves and Andy Meyrick look to capitalize on lessons learned at both the Sebring November test and January’s 24 Hours at Daytona – the historic first race of the 2014 TUDOR United SportsCar Championship. 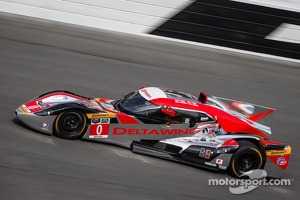 Andy Meyrick (only driver in the lineup who raced for the team at Sebring last year): “I’m looking forward to the coupe’s debut at Sebring; we’ve come a long way since its first race last summer. The team worked very hard after the end of last season to redesign a few things and get on top of a few bits and pieces, which meant that we started Daytona strongly. I was very encouraged by our performance at Daytona - even though we didn’t finish, we were running in the top 10 at the start and the car was good.

Since the Daytona Prototypes have such good straight line speed, we don’t have the advantage we had last year in that regard, but we did well in the slow speed corners with our good minimum apex speed. Of course, that’s helped by the smooth racing surface at Daytona - we’re so much lighter than the other cars and with all the bumps, Sebring will be interesting.

“We went into this race a bit blind last year, but we have a great deal of information now from the second half of last year and from the test we did here in November. That was one of the problems we dealt with all of last season - we were going to tracks the car had never run on before, except for Road Atlanta, so everything was new for the car and for the team. We’ve tested at Sebring, we’ve raced at Sebring and so we’ll be in a much stronger position this year.”

Katherine Legge (first race on the full Sebring circuit, first 12 hour race): “I’ve done hundreds of laps on the little circuit but I’ve never done a race on the big track - I joined the team after Sebring last year, so I’ve got some catching up to do. This race will be so different from Daytona because you really approach it like a cross between an endurance race and a long sprint race. I’ve done 10 hour races and 24 hour races, but not a 12 hour race. We learned so much at Daytona so hopefully we’ll be running competitively at the finish.”

Gabby Chaves (in race weekends and testing, has logged nearly 1,000 miles at Sebring): “It’s great to get back in the car and be back with the team now that I have more experience on the endurance side of motorsports. I know we can capitalize on what we learned at Daytona. Our main priority is to have a car that can go for the entire race and the team has worked very hard to make that happen. We have three very quick drivers so I know we can be competitive.”

Team Manager David Price (this will be his seventh Sebring 12 Hours): “We didn’t get as much data as we would have liked here last year, so having (race engineer) Alan Mugglestone with us at the test last November really helped. The engine is powerful enough - we knew what was reliable and what wasn’t and we’ve worked on that since Daytona. We’re getting there, so the plan at Sebring is to finish in a sensible position and show that we’ve made some significant gains.

“The car is very light, so it’s a challenge to get it to react well over the bumps at Sebring. Like the bump at turn 17; you can’t get it to handle perfectly over that area, so we have to balance that by getting the handling good over the rest of the circuit.”

The Mobil 1 Twelve Hours of Sebring – race two of the 2014 TUDOR United SportsCar Championship - takes the green flag at 10:15am EDT on Saturday, March 15.