The Inception Racing McLaren has been penalized after crossing the line first in the GT Daytona class in yesterday’s IMSA WeatherTech SportsCar Championship race at Mid-Ohio.

However, in IMSA technical inspection, the Inception McLaren was found to be underweight and was moved to the back of the class.

That promoted Turner and PMR into a BMW 1-2 finish, and the VSR Lexus onto the podium. Thus Auberlen extended his all-time highest IMSA victory tally to 65, while for Foley this was win number seven.

Afterward, Auberlen revealed that such was their interest in getting the M4s to the finish in what became a fuel mileage competition, he and Sellers made a pact.

“Bryan Sellers and I made an agreement on the radio – our teams were talking – that we were going to work together to save as much fuel as we could and leave it to about a lap-and-a-half at the end,” Auberlen explained. “That’s how much fuel we would have so we could race at least one lap to try to defend.

“The McLaren caught us too early, so we had to just let him by, and we thought for sure he wasn’t going to make it, no way. Turns out he’s underweight, and we did the best we could. We barely finished with fuel.”

Foley added: “Our general strategy worked out quite well. We stopped first, got on new tires early and then kind of banged out some good laps in clear air, which put us in a good position for the end of the race…

“Great to get the first win in this new car for Turner. Everybody did a great job. Don Salama on our pit box was calculating fuel numbers down to the tenth of a liter, so it was getting pretty insane. Great day.” 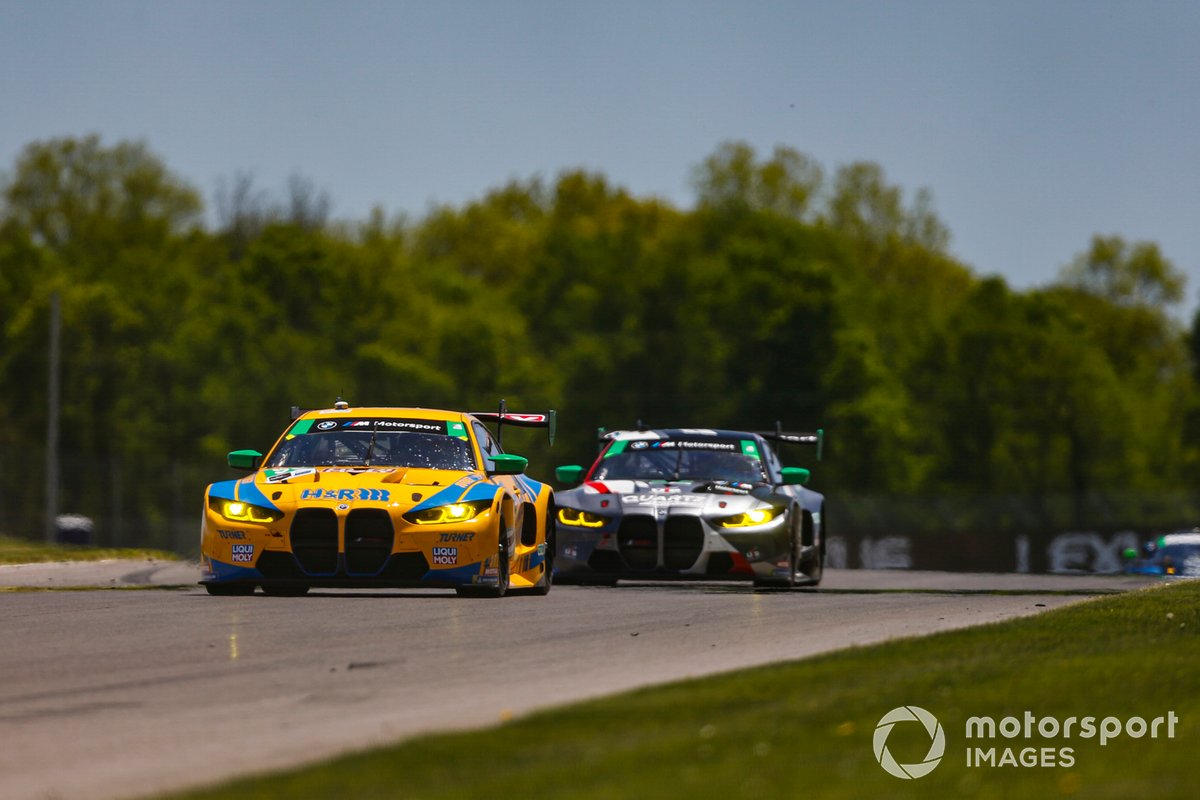