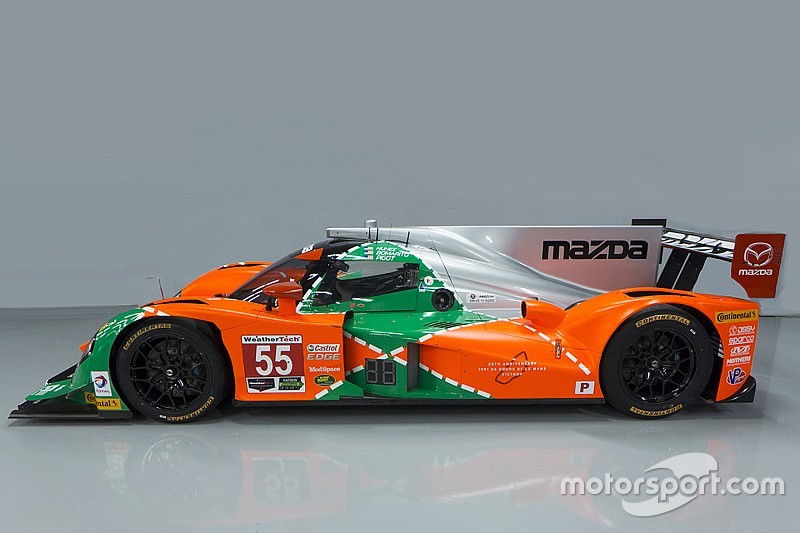 The two-car Mazda prototype team will run a special livery at the Sahlen Six Hours of the Glen this weekend.

The No. 55 will mirror the bright green and orange look made famous by the Mazda 787B in 1991. The No. 70 will maintain the usual color scheme of red and silver, but the design will mimic the 1991 look.

Mazda's 1991 Le Mans triumph came in their 17th attempt in the race and remains the most recent victory for a Japanese manufacturer on sports car racing's biggest stage -- Although Toyota came within a few heartbreaking minutes of doing it themselves this year.

“I may not have been born when they won Le Mans, but being an age where technology is key, there are a lot of videos on the internet of that car! I’ve been watching the 787B for years - even before I got picked up by Mazda," said team driver Tristan Nunez.

"It’s one of those cars that really captures your eye - and the sound that rotary motor made! It’s going to be an honor to run that paint scheme. I won’t see the car until it rolls off the trailers at the Glen, but I assure you it’s going to be an emotional moment for a lot of people, myself included.”

Mazda will bring the following driver lineup for the annual endurance classic in upstate New York: